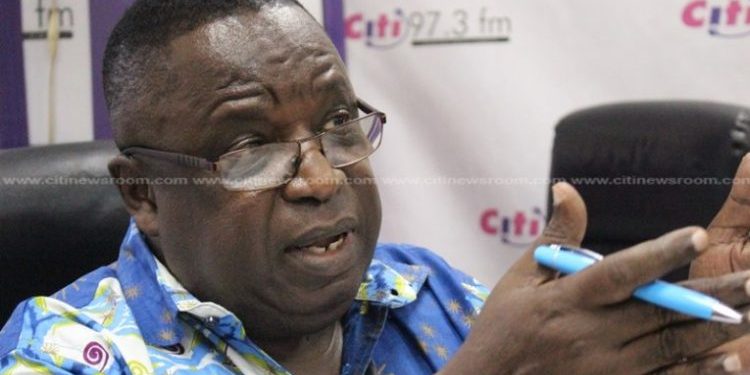 Banking consultant Nana Otuo Acheampong says it is in the interest of banks not to increase their interest rates in tandem with increases in the monetary policy rate of the Bank of Ghana.

The increase in the MPR in November according to some economists was to help curb the rising inflation rate in the country.

Data from the Ghana Statistical Service (GSS), shows that the 12.2 % year-on-year inflation rate recorded for the month of November 2021, represents the sixth consecutive time the inflation rate has risen since May 2021, and the fourth time this year that the rate has risen above the Bank of Ghana’s targeted band of 8 +/- 2 %.

The consistent rise in the inflation rate forced the Central Bank to raise the policy rate by 100 basis points to 14.5% percent. Some stakeholders have however warned the increase in the policy rate could lead to an increase in interest rates charged by banks, which could further slow down access to credit for businesses.

According to the latest banking sector report, growth in gross loans and advances remained subdued reflecting sluggish credit demand and supply conditions, and the increased appetite of banks for government securities due to the elevated credit risks due to the pandemic. Average lending rates of banks have meanwhile generally trended downwards, from 20.97% in January 2021 to 20.34% as of October this year.

In an interview with Citi Business News in fears of a rise in interest rates, Nana Otuo Acheampong, said he was confident banks will keep their interest rates largely unchanged to attract borrowers.

“In the past, the transmission effect has been very fast when you increase the policy rate and slow when you decrease the policy rate. But the recent increase has not been reflected in the lending rates of banks, and I believe it’s due to moral suasion that the BoG has been putting on the banks to tone down their rate of increase. Because, as the banking sector report confirms, advances have been on the low side. I think the banks are aware that if they allow the transmission rate to move in tandem with the MPR, it can only dampen the advances regime. And every bank lives on the credit that it grants and the interest rates that they give. So it is in their interest to ensure they don’t increase their interest rates in tandem with the MPR.”