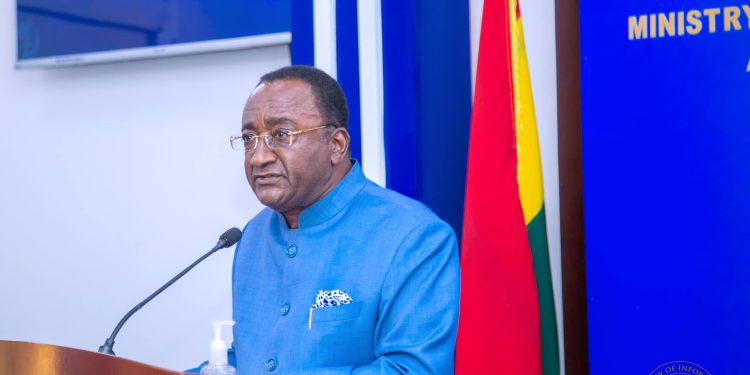 Government has released GH¢44 million to contain the spread of bird flu across the country.

This was disclosed by the Minister for Food and Agriculture, Dr. Owusu Akoto Afriyie.

This comes on the back of reported cases of bird flu across the country.

According to the Agric Ministry, the outbreak, which occurred in seven out of the sixteen regions affected over 700,000 birds.

The Minister for Food and Agriculture, at a press briefing in Accra, announced some major interventions, including the allocation of money to curb the spread of bird flu.

“It will be recalled that government granted approval for the immediate recruitment and deployment of an initial 550 veterinary professionals out of a total 1,100 professionals throughout the country. The intervention also includes approval for the release of an emergency budget support of approximately GH¢44 million to the ministry. This is for the implementation of an action plan involving some key activities for combating the bird flu. These are the creation of public awareness on the bird flu, engagement with key stakeholders, stamping out decontamination, procurement of disposal materials and other logistics as well as payment of compensation to affected farmers. The intervention of government is imperative given the VSD strategic mandate of contributing to public health and the development of livestock and poultry industry,” he said.

The outbreak occurred in seven regions including the Bono, Ashanti, Greater Accra and the Central regions.

Dr. Akoto said the interventions were necessary because the disease had reached emergency proportions and needed to be contained with all the urgency and seriousness it deserved to save lives and cost.

Ghana experienced the highly pathogenic avian influenza (HPAI) popularly known as bird flu outbreaks in 2007, 2015, 2018 and 2021, leading to high mortality of birds running into thousands, loss of livelihoods and investments.

Records from the Ministry indicate that in the 2015 outbreak, a total of 148,000 birds were destroyed nationwide.

The 2021 outbreak was recorded in July, out of which seven out of the 16 regions were affected.

HPAI is a virulent zoonotic disease easily transferable from birds to humans.

It occurs through direct contact with infected birds, contaminated feed, fomites, and interaction between farmhands.

There is currently a ban on the importation of poultry and poultry products from neighbouring countries where the prevalence of the disease has been confirmed.