Ghana Airports MD yet to be notified of his dismissal – Tampuli 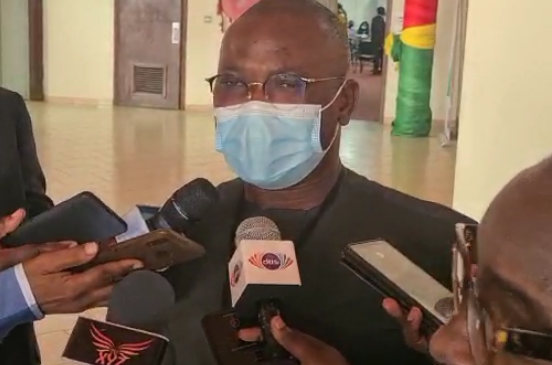 A Deputy Minister for Transport, Hassan Tampuli, has confirmed the dismissal of the Managing Director of the Ghana Airports Company, Yaw Kwakwa.

According to him, Mr. Kwakwa has not been officially informed about his dismissal because internal processes must be first satisfied.

Mr. Tampuli could also not explain why Mr. Kwakwa was dismissed.

He however indicated that the President has the liberty to dismiss anyone without offering explanations.

Earlier in the day, Mr. Kwakwa denied knowledge of his dismissal after a letter from the Minister for Transport went viral.

His dismissal comes days after a tussle with McDan Aviation over the operationalization of a private jet terminal.

McDan Aviation announced the suspension of its private jet operations at Terminal 1 of the Kotoka International Airport to enable the management of the company to hold talks with the Ghana Airport Company Limited over contentions regarding operational procedures.

This was after the GACL, in a letter dated January 31, 2022, indefinitely barred McDan Aviation from operating its private jet services at the Terminal 1 of the Kotoka International Airport (KIA).