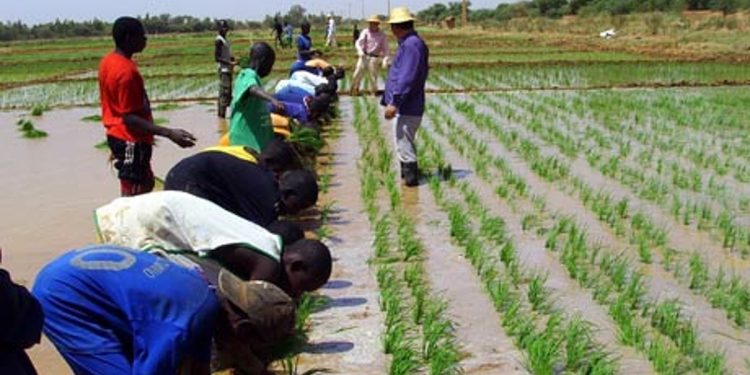 According to the Executive Director of the Peasant Farmers Association, Dr. Charles Nyaaba, the reduction in benchmark values on imported goods is serving as an indirect subsidy for imported rice which is crippling their business; hence the petition.

After years of struggling to get market for their produce, local rice farmers in 2019 finally gained ground after the Ghana Rice Campaign spearheaded by CEO of Citi FM and Citi TV, Samuel Attah-Mensah.

In the same year, the benchmark value reduction policy was introduced, which saw to the 50% subsidy in the benchmark of some imported goods, of which rice was part.

The situation resulted in unfair competition of local rice farmers against imported rice because the latter was more affordable and accessible than local rice.

The news of the reversal of the policy announced in the 2022 budget was therefore welcomed by local rice farmers, who were now hopeful of fair competition.

However, the government in January 2022 decided to indefinitely suspend the reversal of the policy following disagreements between sections of the business community.

In an interview with Citi Business News, after presenting the petition to the Minority Caucus of Parliament, the Executive Director of the Peasant Farmers Association, Dr. Charles Nyaaba, called for the reversal of the benchmark values without further delay.

“We the farmers came here with two main petitions, one has to do with our inability to sell our rice. As we speak, there is a lot of unsold paddy rice. Personally, I have over a thousand bags of paddy rice I can’t sell. We approached the rice millers, and they say they can’t buy from us because they won’t be able to sell, and the reason is simple, government has given hidden subsidies to the rice importers so that they will be able to sell their rice at a lower cost compared to the local rice.”

“We have realized that the given discounts on imported rice are making it difficult for the local rice farmer to sell his rice. Now today if you take the cost of production it has increased by more than two hundred percent. The second issue has to do with fertilizer. This year instead of buying a fertilizer subsidy for GH¢53 we are buying it for GH¢160 which is unacceptable and this decision is taken by the ministry without consulting any farmer”.