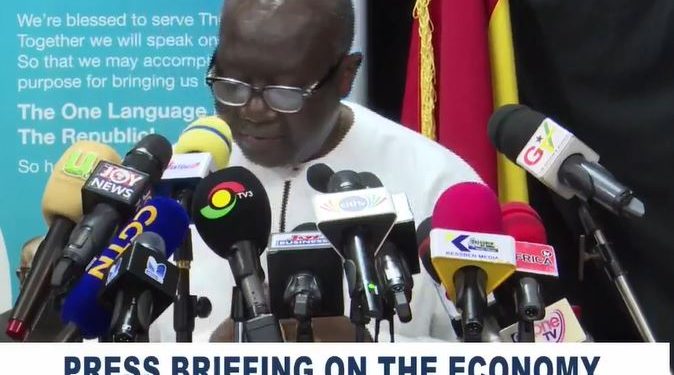 Government appointees will have to endure a reduction in their fuel coupons as the government initiates steps to cut down on its expenditure.

The Minister of Finance, Ken Ofori-Atta in his address to the nation on Thursday, March 24, 2022, announced a 50% decrease in the fuel allocations for government appointees.

“These times call for very efficient use of energy resources. In line with this, there will be a 50% cut in fuel coupon allocations for all political appointees and heads of government institutions, including SOEs, effective 1st April 2022.”

Ken Ofori-Atta also mentioned that there is an embargo with immediate effect on all foreign travels except ones that are pre-approved and statutory.

Addressing the press on measures taken to help tackle the current economic challenges, the sector minister said that unless it is necessary that the foreign travel be embarked upon, no political or government appointee will be allowed to travel.

He further noted that a complete suspension has been imposed on the importation of vehicles for the rest of the year, 2022, to help reduce total vehicle purchases by the public sector by at least 50%.

“With immediate effect, a moratorium has been imposed on all foreign travels except pre-approved critical statutory travels.”

“The government again with immediate effect has imposed a moratorium on all purchase of imported vehicles for the rest of the year, this will affect all new orders, especially four-wheel drives. We will ensure that the overall effect will reduce total vehicle purchases by the public sector by at least 50%.”

Fuel prices will go down by 15 pesewas per litre effective April 1, 2022. This reduction will be in place for three months. This was disclosed by the Minister of Finance while announcing measures put in place by the government to cushion Ghanaians against current economic shocks.

Among the new measures is a 50% cut in fuel coupons issued to state officials including state agencies and a further 10% cut in government expenditure.