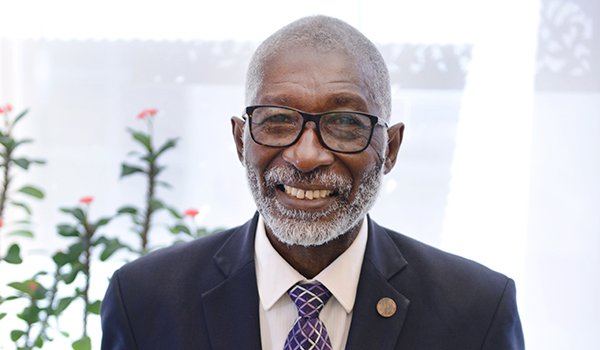 Regulatory agencies such as the Bank of Ghana and other stakeholders within the digital space to create a conducive environment to support local firms that want to invest in crypto-currency and digital currency services before the market is captured by international operators.

This is according to the Chief Executive of Ghana Dot Com, Prof. Nii Narku Quaynor.

According to him, Block chain’s success will depend on a supportive policy environment, a business ecosystem that is ready to exploit the new opportunities that technology opens, and a suitable industry mix.

Speaking during the maiden edition of the Africa Technovate Awards in Accra, Prof. Nii Narku Quaynor also called for the introduction of innovative regulations to keep the sector in check.

“We as a country should move forward and adopt cryptocurrencies through innovation regulation. As with all technology waves, the early bird catches the worm. We are hopeful that blockchain technologies do not suffer same fate as Internet, where we went from over 100 Internet Service Providers (ISPs) in the 90s to the handful of multinational companies providing Internet services today.

The policy environment should support Ghanaian companies to venture into providing crypto-currency services locally before the market is captured by international operators,” he said to an audience of technology companies and enthusiasts,” he said.

Citing how he has been urging the central bank to regulate his institution, Ghana Dot Com (GDC), since 2015; but it was only last year when he was approved to operate in the BoG’s sandbox, he urged the Bank of Ghana to speedily introduce regulations, as its effects may not be felt now but in the future.

“While this is good for Ghana, it also shows that regulation takes time and we can miss opportunities. The global industry is already consolidating, and global companies have built up wallets while local companies were restrained and law-abiding,” he noted.

Professor Quaynor spoke on the topic ‘Exploring the Nexus Between Blockchain Technology and Digital Transformation’.

The maiden edition of the Africa Technovate Awards, organised by Africa Integrated Development and Communications Consultancies (AIDEC), came off at the University of Professional Studies, Accra (UPSA) auditorium.

Some 17 institutions and individuals were honoured for their contribution to the growth and development of technology in Ghana and Africa.

Chairman of AIDEC Group, Robert Yennah in his welcome remarks noted that the African tech ecosystem grew exponentially in the past year, with most technological companies significantly driving much change on the continent.

“For such reasons, Africa Integrated Development and Communications Consultancies (AIDEC) has organised the maiden award scheme called the Africa Technovate Awards to appreciate and reward the hard work of players within this technological space.

He noted that the way forward for Africa is to devise more smart policies to maximize and harness the gains of technology as the answer lies not in its denial.

“The many successes of 2021 and the host of fast-growing tech companies across the continent are creating hope for more fantastic feats in years to come. Generally, the pandemic has forced a greater demand for digital reliance across the board, and this outcome is likely to be here to stay in the ‘new normal’, as the utility of more abundant data and the ever-lower cost of using those data influence how entrepreneurs, policymakers, and professionals make decisions. The pandemic, however, is just one driver of current trends. Climate responsibility, continued economic development, demographic shifts, and social well-being are also key drivers” he said.