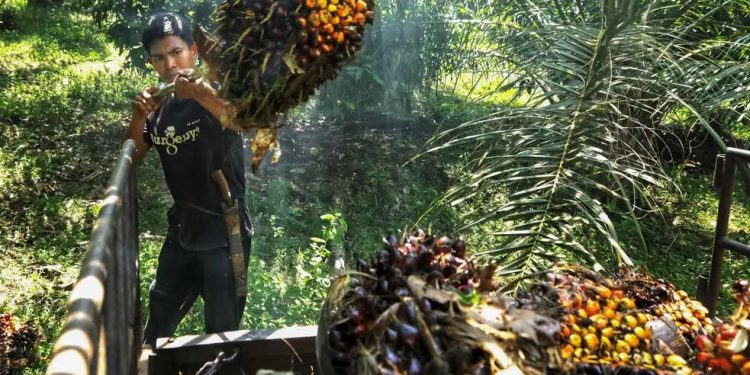 The world’s top palm-oil producer announced that it would ban exports of the commodity starting on Thursday, sending the prices of edible oils soaring.

Indonesia accounts for about half of the world’s supply of palm oil, the world’s most widely used vegetable oil. Palm oil is used for cooking and for the production of thousands of consumer products, including biscuits, detergents, and lipsticks.

In a video statement on Friday, Indonesian President Joko Widodo said the move was designed to bring down domestic palm-oil prices and ensure domestic food availability in the wake of global food inflation.

“I will monitor and evaluate the implementation of this policy so availability of cooking oil in the domestic market becomes abundant and affordable,” Widodo said, a Reuters translation reported.

The move comes as Indonesia has seen recent protests over the high prices of cooking oil, with retail prices gaining more than 40% so far this year, Reuters reported.

The ban is expected to be in place until further notice. Indonesian palm-oil exports were worth about $30 billion in 2021, the data provider Statista showed.

Sri Mulyani Indrawati, Indonesia’s finance minister, told Reuters on Friday that the palm-oil ban would hurt other countries, but that it was necessary to contain the soaring domestic prices of cooking oil.

Benchmark crude palm-oil futures on the Bursa Malaysia exchange jumped as much as 7% on Monday morning. They are up over 40% year to date.

Prices of edible oil — including palm oil — have been rising because of the war in Ukraine, as the country is a large sunflower-oil exporter. “Edible oils are often interchangeable, so a shortage of one type exerts pressure on the others,” Gro Intelligence, a global agriculture data-analysis firm, wrote in an April 23 note.

Gains in vegetable-oil prices are outpacing overall food-price increases, Gro Intelligence wrote in the report. US prices of a basket of common vegetable oils are up 41% on year, while food prices are up 25% on year.