in FEATURES, News, Oil And Gas 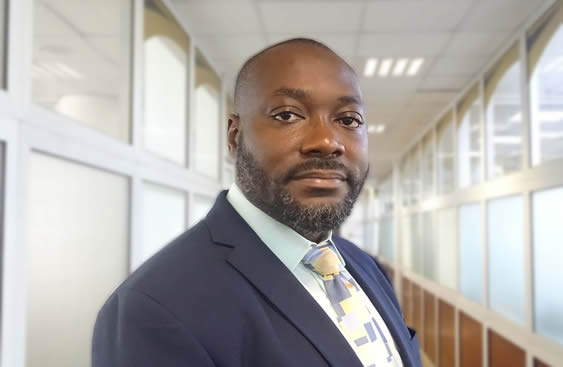 The newly appointed acting Chief Executive Officer to the Ghana National Petroleum Corporation (GNPC),  Opoku-Ahweneeh Danquah, has an excellent profile which is believed more than qualify him for the job, particularly with his background as the Deputy Chief Executive (DCE) Technical Operation. However, he may be confronted with a tall list of challenges that he must overcome if he is to succeed.

First, he is coming in at a time when the balance sheet of the organization is in the negative, compared to his predecessor who inherited a positive and a stronger balance sheet some five years ago.

Meanwhile, the present call on GNPC to focus on its stated mandates and turn the organization into a world-class operator demand that the organization is financially sound to take up available opportunities and confront the threat imposed by the energy transition.

The new CEO is therefore faced with the daunting task of positioning the GNPC as a viable organization capable of living up to the Ghanaian expectations, amidst its negative cash position coupled with the delay in getting paid the huge debt owed the entity by particularly state-owned organizations (SOEs).

Second is the “subordinate loyalty” he must earn from his own colleagues. The fact remain that he is a family member of the President Nana Akufo-Addo, a situation that can turn against him if not well-managed. He must deal with the “family and friends” tag, prove that he earned the position on merit, and ready to work with a team; else his authority will be challenged and undermined, particular during his early days at post.

He needs to work to excel at post and persuade the team at GNPC and external stakeholders to buy into his vision, in order to establish his authority. Any attempt to use high handedness to whip people in line will only weaken his position, and open him up for disrespect and unnecessary confrontations.

The next is the clout and credibility needed to lead such a huge organization that has become the envy of every politician because of the kind of investments it holds for the State, and the size of cash it controls.

Many are wondering whether Mr. Danquah possesses that clout, credibility and influence; those vital ingredients that gets people follow you in a direction you point to, and gets things done. Past CEOs, including Messrs Tsatsu Tsikata, Alex Mould and Dr. Kofi Sarpong have proven that the GNPC need someone who command respect from both industry and political circles to lead and attract the support of multiple stakeholders, and most importantly the President of the republic.

The fourth challenge he has on his hand is how he manages the egos of the other two Deputy Chief Executives Messrs Benjamin Kweku Acolatse and Joseph Dadzie, whom he has been promoted over. He has to intelligently deal that.

He must employ all professional means to handle any feeling of rejection on the part of the two colleagues, turned subordinates now by reason of his promotion into the acting CEO position. The two respected gentlemen remain valuable resource for Mr. Danquah, and he must exploit that.

The fifth challenge envisaged is stepping into the shoes of a big man who feels he still have energy to serve his government and country. Dr. Kofi Sarpong is a savvy, conservative, and intelligent businessman doubling as a politician.

With his clout, he has built an army of faithful and loyal political appointees and staff at the GNPC and within the industry as a whole over the last five years when he run the organization. If the acting CEO is believed and seen as being against Dr. Sarpong, his works and allies, these loyalists can turn against him, because human beings love stability over change.

This is a great challenge confronting him should Dr. Sarpong choose to undermine him from outside the walls of GNPC. Mr. Danquah must therefore take active steps to manage their relationship to his advantage.

Finally, stakeholder management could be his bane or blessing depending on how he handles that. This is an industry with a lot of stakeholders with varied expectations, with some conflicting ones. If the new CEO gets their expectations right it will help attract and maintain that social license to lead and govern.

He must first initiate the discussions on what each individual or group expects, then the management of their concerns follow with the intentions of meeting the needs, resolving issues and conflict situations; all in a bid to advance the upstream industry. The Springfield-Eni impasse, and the GNPC-Aker Energy deal awaits him as a test of his character.

The writer has over 23 years of experience in the technical and management areas of Oil and Gas Management, Banking and Finance, and Mechanical Engineering; working in both the Gold Mining and Oil sector. He is currently working as an Oil Trader, Consultant, and Policy Analyst in the global energy sector. He serves as a resource to many global energy research firms, including Argus Media and CNBC Africa