We remain committed to getting LPG retailers to resume operations – NPA 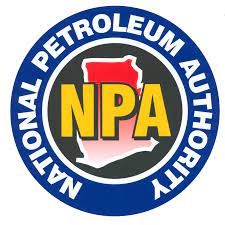 The National Petroleum Authority (NPA) has assured consumers of its commitment to getting LPG Retailers to resume operations soon.

Speaking to Citi Business News, the Communications Manager at NPA, Mohammed Abdul-Kudu, stated that his outfit is working hard to have the issues resolved.

He stated that the assurance he could give to the consuming public is that “we’re working around the clock to get the parties involved to the table so we can amicably resolve the issue.”

This follows a nationwide industrial action by the LGP marketers Association of Ghana which left many consumers stranded.

The association argues that since the proposal of the cylinder recirculation policy, many of their members were stopped from completing construction works on their new sites, a development they lament costs them over 10 million dollars.

The Ghana National Tanker Drivers Association had also on the same day declared an industrial action over poor working conditions and the continuous ban on LPG stations under construction since 2017.

The NPA had subsequently called a meeting on Monday with the tanker drivers association as part of efforts towards salvaging the situation but the latter failed to show up.

This was confirmed by Mr Abdul-Kudus who stated that “There was an attempt to convene a meeting this morning, but regrettably part of the parties to this whole dispute could not make it, but we are not leaving any stone unturned.”

Meanwhile, the Executive Secretary of the chamber of petroleum consumers Ghana (COPEC), Duncan Amoah, is urging the sector ministry to do all it can to salvage the situation to save consumers from a looming challenge.

“We are already getting a lot of complaints from consumers that they are simply not getting their product because the stations are not working.”

“We would implore the Energy Ministry and the NPA to as a matter of agency sit down and resolve these matters so that by close of day or at latest tomorrow, we can have these outlets come back to operation.”