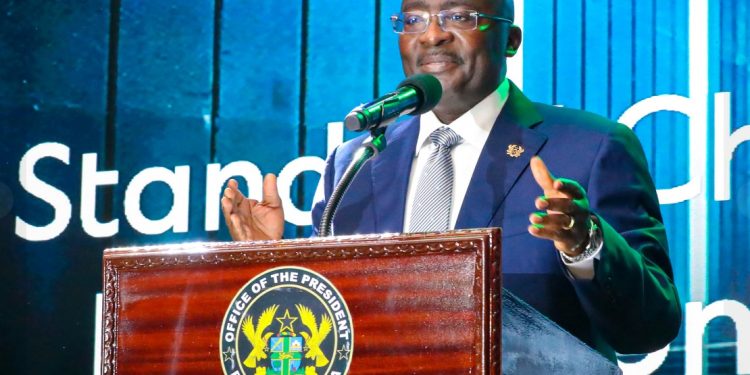 The Vice President, Dr. Mahamudu Bawumia, has hinted at a policy to use gold to make purchases of oil on the commodity market.

Speaking at the AGI Awards night in Accra, Dr. Bawumia said this barter of sustainably mined gold for oil is key in addressing the economic crisis confronting the country.

The cedi depreciated by over 50 percent in 2022 and contributed to the high cost of fuel in Ghana.

“To address this fundamental challenge that we all face of depreciation and its impact on fuel and utility prices and food and so on, the government has opted to implement a policy of using our gold to buy oil products,” Dr. Bawumia said.

He further described it as one of the most important economic policy changes in Ghana since independence.

“If we implement it as we have envisioned, it will fundamentally change our balance of payment and significantly reduce the persistent deprecation of our currency,” he added.

The government has already directed all large-scale mining companies to sell 20 percent of all refined gold to the Bank of Ghana.

All Community Mining Schemes are also expected to sell their gold outputs to the government.

The government has also ordered small-scale miners to sell their gold to the state-owned Precious Minerals Marketing Company.