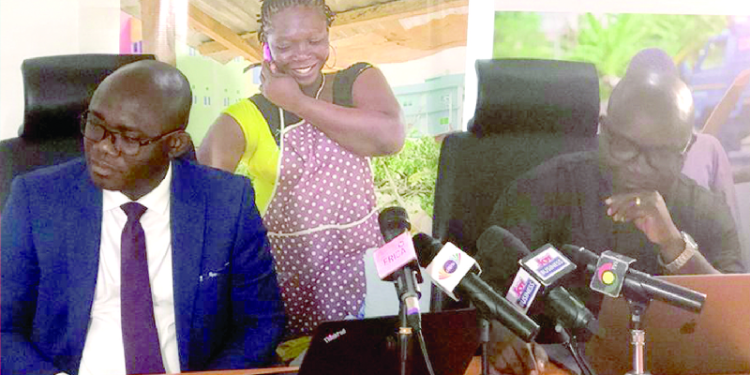 THE telecommunication industry contributed GH¢4.3 billion in taxes to the economy last year.

The amount represented 7.7 per cent of government revenue for the period in review.

Players in the sector also created 6,100 direct jobs and 1.2 million indirect jobs last year, bringing to the fore the critical role of telecommunications in bridging the unemployment gap.

These came to light yesterday when the Chief Executive Officer (CEO) of the Ghana Chamber of Telecommunications (GTC), Dr Kenneth Ashigbey, launched the Mobile Industry Transparency Initiative 2021 in Accra.

He added that the operators also paid other taxes that amounted to GH¢266.7 million.

Dr Ashigbey said the telecom sector was a critical component to nation building and the country needed to use policies to encourage its growth rather than threaten its survival.

“As an industry, we are contributing about 7.7 per cent of government’s tax revenue and if this is an industry that now has been seen as a utility, then you cannot be taxing the industry as you tax any other industry.”

“The industry is still seen as a cash cow that has to be milked,” he said, noting that the mindset needed to change.

The CEO said taxation had been deteriorating investments and called for a second look at the tax regime.

“For instance, an investor willing to invest US$1 million in the telecom industry will do so only for customers to be charged CST.

“Meanwhile, if the same amount is invested in alcohol, no CST is paid and so, a rational investor will never invest in the telecom industry.

“Taxes such as the COVID-19 levy and the national fiscal stabilisation levy applied to the telecommunications industry distort the market and they take investment away.

“If this is going to be the leverage that is going to put other industries forward, then it is important that we look at it,” he said.

Dr Ashigbey said the fiscal regime of the sector had created tough times for the players, leading to some of the firms folding up.

Citing the merger of the now defunct Airtel and Tigo as an example, he said things were not that rosy for the telecom sector.

“This is an industry where two competitors, Airtel and Tigo which had the same strategies had to merge to maximise their revenue and reduce their cost.”

“Many are riding at the back of the telecommunication industry to survive. So, it is important that as a people, we look at this industry as one that will drive the changes that we want to see,” he added.

Meanwhile, by the close of 2021, operators in the industry had 442,000 registered agents that were being employed by the mobile financial services industry.

Aactive customers were also 17.9 million while float balance mobilised by the industry on mobile money (MOMO) was GH¢9.7 billion.

A Senior Manager at the Tax Unit of KPMG, Godwin Gordon Dardey, described the telecommunications industry as a major sector that needed to be supported to help boost the economy.

“Technology is an area where the chamber plays a significant role, hence the chamber must support businesses to harness and tap into opportunities in the digital space.

“It is very important that we invest in this sector and make sure that people stay in the country and are willing to work in this sector because if we lose the talents in this sector the impacts we are seeing in the companies would go down,” he said.