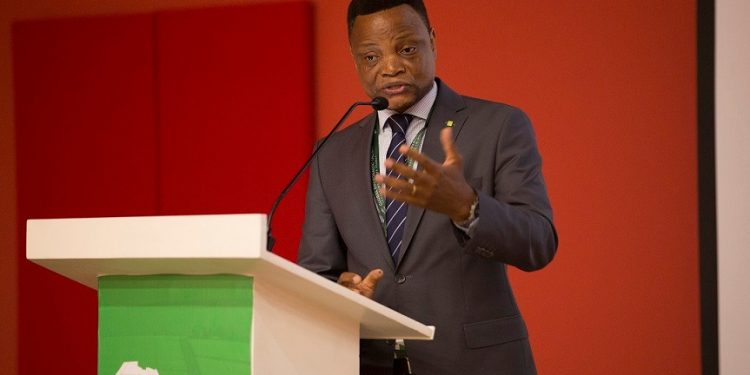 New data released by the C40 Cities on the climate action plans from 54 cities confirm they will deliver their fair share of greenhouse gas emission reductions to keep global temperatures to the 1.5°C target of the Paris Agreement – the level that scientists agree is needed to tackle the global climate crisis.

The 54 cities, including Accra and representing more than 200 million residents, are on track to help keep global heating below 1.5°C and tackle the climate crisis, per C40 analysis.

The research also reveals that city efforts could avert at least 1.9 gigatonnes of GHG emissions between 2020 and 2030, equivalent to half the annual emissions of the European Union.

The new analysis was presented today by Mark Watts, C40’s Executive Director, at a landmark event hosted by Mayor of Paris, Anne Hidalgo, to mark five years since the signing of the Paris Climate Agreement.

Cities with climate action plans reviewed by C40’s Deadline 2020 programme and confirmed as having science-based targets consistent with the Paris Agreement goals include:

Amongst the details contained in the climate plans reviewed by C40 are the following:

● In Mexico City, more than 100km of public transport corridors and 4 new cable car lines will be open by 2024, providing better access to essential services for low income communities.
● In Dakar, the city will improve flood management, protecting citizens and livelihoods by including climate risks in urban planning.
● In São Paulo the city will incentivise and prioritise local and organic food production, providing residents with access to affordable and quality food.
● In Johannesburg, by 2030, all new public and private buildings will operate at net zero carbon, generating hundreds of jobs.
● In Buenos Aires, 100,000 new trees will be planted by 2025, helping clean the air all porteños breathe.
● In Milan, the city will reallocate 100km of street space for cycling and walking by the end of 2021, delivering a green and just recovery to the COVID crisis.
● Lisbon will multiply its production of solar energy by 50 by 2030, ensuring the energy transition ends energy poverty and benefits all city residents.

C40’s Deadline 2020 Programme, launched in 2016, is working with cities around the world to develop and implement climate plans which will deliver action consistent with the objectives of the Paris Agreement – an integrated and inclusive plan that addresses the need to reduce greenhouse gas emissions, adapt to the impacts of climate change, and deliver wider social environmental and economic benefits. This work is made possible with the generous support of the UK Government, the German Federal Ministry for the Environment, Nature Conservation and Nuclear Safety (BMU), the Danish Ministry of Foreign Affairs (DMFA) and the Children’s Investment Fund Foundation (CIFF).

Anne Hidalgo, Mayor of Paris, who today hosts a landmark event at Paris City Hall marking the 5th Anniversary of the Paris Climate Agreement, said: “I was Chair of C40 Cities when Deadline 2020 was set, challenging global cities to set their own climate action plan that will protect residents, create green jobs, address inequality and build the future we want. Now, five years on from the Paris Climate Agreement, I am proud to see so many cities from all over the world launch their plans to keep global temperature rises below 1.5°C. This marks an important milestone in our efforts to accelerate climate action and demonstrates the incredible leadership from cities on this issue .”

Giuseppe Sala, Mayor of Milan said: “To deliver on the goals of the Paris Agreement, we must deliver a green and just recovery from the COVID-19 pandemic that creates a fair economy, cuts emissions and creates jobs.”

COP26 President Alok Sharma said: “The new ambitious Climate Action Plans from 14 cities is a great demonstration of the leadership that we need to see on the road to COP26 and beyond if we are going to succeed in tackling climate change.”

“We are bringing the world together at the Climate Ambition Summit on 12 December to provide a platform for more ambitious commitments like these.”

Horacio Rodríguez Larreta, Mayor of Buenos Aires: “As cities, we are aware that in the current crisis context these commitments are not easy. But we also know that we cannot continue working with the status quo. We have the opportunity to rewrite our urban design, promoting cities on a human scale which improve people’s quality of life and support climate action.”

Daniel Quintero, Mayor of Medellín: “Medellín is the first city in Colombia to formulate its Climate Action Plan with international standards and in line with the Paris Agreement, to have a route map that leads us to a progressive reduction in the generation of Greenhouse Gases and to achieve the neutrality of these emissions by the year 2050. Likewise, our Plan encourages green and fair economic growth.

Antonio Carlos Peixoto de Magalhães Neto, Mayor of Salvador said: “The challenges of the climate crisis are global, but through local actions, we can contribute to the planet’s sustainability. Salvador has fulfilled the Deadline 2020 commitment and is launching a Paris-compliant Climate Action Plan. Thus, the first capital of Brazil is contributing to the global climate agenda, and at the same time, implementing actions that promote adaptation and climate justice to its citizens.”