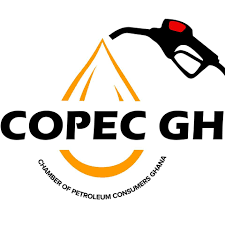 As the Minister of Finance prepares to read the budget today, October 28, 2020, the Chamber of Petroleum Consumers (COPEC), says it expects to hear government’s plans to end fuel smuggling in Ghana.

Although government has made some efforts to address the challenge, the chamber says the problem persists, causing the country to lose revenue.

Speaking to Citi Business News, Executive Secretary of COPEC, Duncan Amoah said it is imperative that government addresses this challenge in order to improve the country’s revenue mobilization.

“The issue of fuel smuggling is one of those perennial issues that we’ve had to discuss over the period. The NPA has made some efforts but I can confirm it is rampant as we speak, and so we will be expecting to hear the Finance Minister’s response in ways of reducing that illegal trade which definitely leaves the state with little or no money for its developmental projects. As a substitute for the state losing money or revenue, you would often see that Finance Ministers are in a hurry to go for the lowest hanging fruit.”

The expected presentation, known as Expenditure in Advance of Appropriation, is a standard practice rolled out in election years to prevent transitional challenges in the smooth running of government for the first three months in the year after elections.

The presentation follows from the fact that there is not going to be a conventional budget presentation in November due to the impending election.

Majority Leader, Osei Kyei-Mensah-Bonsu had last week announced the presentation of the budget on the Floor of the House when he presented the Business Statement for the Fourth Week ending Friday, 30th October 2020.

He stated that, the minister responsible for finance, is expected to present to the house on Wednesday, the 28th of October, 2020 the Expenditure in Advance of Appropriation, that is January 1st to march 31st 2021.

The house will also be expected to consider the report of the finance committee on same and take the consequential parliamentary action.