Agric’s contribution to GDP records eighth decline in a row 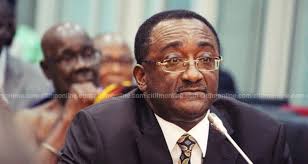 Despite plans by the current administration to revamp the agricultural sector and make it the leader of Ghana’s economy, the sector has rather seen a decline in its contribution to GDP for yet another time.

At least this is according to the 2017 figures released by the Ghana Statistical Service.

It will be the eighth consistent year in which the performance of agriculture has declined.

Some analysts fear that the situation will persist until such a time that the country is able to use new and effective methods to improve productivity in the sector.

The solution of the NPP’s government to address the decline of the sector in the 2017 budget was to modernize the sector and to improve productivity.

Measures outlined include: provision of improved seeds, supply of fertilizers, provision of dedicated extension services, marketing and monitoring of the sector.

However, the sector has dropped by an alarming 12.8% in just eight years.

The contribution of the agric sector to GDP growth recorded further decline of 0.9% in 2014, and as of September 2015, the sector had lost another 0.4% of its contribution to GDP.

In an interview with Citi Business News, Deputy Government Statistician, Anthony Amuzu said the sector will continue to decline until the country increases its exports of processed agricultural goods.

“The sector is made up of subsectors so just relying on the crop sub sector and relying on the planting for food and jobs alone is certainly not good and strong a policy to be able to overturn the poor performance of the sector”, he said.

He added, “The government needs to indeed look at the other sub-sectors and then invest more in them under more clarified policy direction so that it will lead to increase production rather than the current situation whereby many people are running away from the agricultural sector”.

For the General Secretary of the General Agricultural Workers Union (GAWU), Edward Kareweh, he believes government should focus on more than just crops under the planting for food and jobs initiative.

“The sector has been declining for some years now. Agriculture used to be about fifty percent of the economy. You know we are looking at value addition if we just export raw materials without adding value it doesn’t give you the value you need”.

“The gross value addition is low, so we are looking at value addition, and so if we are exporting everything we produce without adding value, then your intermediate consumption could even be higher”.