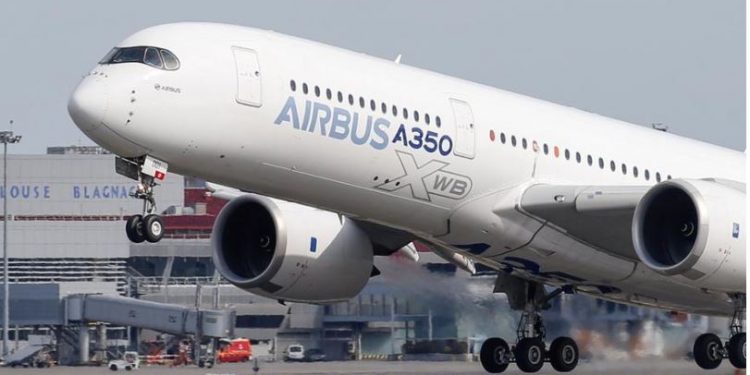 Europe’s Airbus said on Friday, July 24, 2020, it would increase loan repayments to France and Spain in a “final” bid to reverse U.S. tariffs and jog the United States into settling a 16-year-old dispute over billions of dollars of aircraft subsidies.

The European Union, France and Spain said the move to raise interest rates paid by Airbus on A350 aircraft development loans should settle the row at the World Trade Organization and urged Washington to withdraw tariffs on EU goods.

“In the absence of a settlement, the EU will be ready to fully avail itself of its own sanction rights,” EU Trade Commissioner Phil Hogan said.

The loans are part of a system targeted by the United States in the world’s largest corporate trade dispute, which has also aired condemnation of U.S. support for Boeing.

The United States last year won WTO authorization to impose tariffs on up to $7.5 billion of EU goods from wine to whisky.

Trade groups are bracing for an escalation of the row in the autumn when the EU is expected to win WTO approval to hit back with its own tariffs over subsidies for Boeing.

The WTO has faulted both Europe and the United States for doling out illegal support to their respective jetmakers. But for the last eight years, the argument has been chiefly about whether each side obeyed those rulings amid multiple appeals.

“With this final move, Airbus considers itself in complete compliance with all WTO rulings,” Airbus said.

In May, the United States declared itself in full compliance with WTO findings after Washington state abolished aerospace industry tax breaks that largely benefited Boeing.

Although Airbus is not officially a party to the case – which pits the United States against the EU as well as Britain, France, Germany and Spain – Friday’s statement opens the door for negotiations to settle the dispute, a European source said.

Both sides have repeatedly urged negotiations while accusing the other of failing to respond seriously to the invitation.

Boeing had no immediate comment. The United States Trade Representative did not immediately reply to request for comment.

“This is an interesting development but there is a lack of detail and no reference to remedying illegal subsidies for the A380,” a U.S. source said.

Airbus says A380 funding is no longer relevant after it decided to axe the world’s largest jetliner over weak sales.

The latest move comes amid increasing pressure on Airbus and European governments from industries hit by U.S. tariffs.

They are angry at being penalised for illegal support for planemakers just when their own industries are reeling from the coronavirus epidemic. The Scotch Whisky Association called for a settlement before tariffs caused “irreparable damage”.

The fallout is not limited to Europe.

Airbus said U.S. airlines had been hurt by tariffs on European jets. The U.S. Distilled Spirits Council said drinks firms on both sides of the Atlantic “have suffered enough”.

European officials are trying to quash the U.S. tariffs on legal grounds but say they have been thwarted by a procedural row after Washington blocked appointments to the WTO’s appeals body. U.S. President Donald Trump has been critical of the WTO.

At the same time, the timetable for EU retaliatory sanctions has slipped by several months, to September or October.

“We are in an impasse and need to get out of it. It is a way to show good faith and open the door to find a solution,” a European industry source said, referring to the rejigged loans.