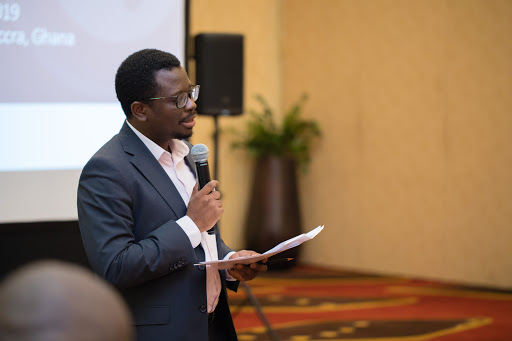 An African could emerge as the Director-General of the World Trade Organization (WTO) if the continent puts forward a competent name for the vacant position created by the resignation of Brazil’s Roberto Azevêdo.

That’s the view of a Trade Analyst and Managing Partner at Konfidants, Michael Kottoh.

Mr. Kottoh argues that geopolitical issues and trade war between the U.S and China as well as the European Union will make it difficult for a new Director General of the WTO to come from those regions.

The last time the position was opened, Ghana’s current Trade and Industry, Minister Alan Kyerematen, contested the Brazilian in 2013 but lost.

One of the persons whose name has come up strongly for the position is Ambassador Amina Mohammed of Kenya, who once served on the General Council of the World Trade Organisation.

Speaking to Citi Business News, Mr. Kottoh said there is an opportunity for Africans to step up and occupy the position.

“An African candidate could well turn out to be the compromised candidate looking at the trade disputes and tensions,” he said, adding that Roberto Azevêdo is from a developing country hence the same option could be considered for the African continent.

Mr. Kottoh however stressed that whoever succeeds Roberto Azevêdo will definitely need the support of the U.S due to its influence in global trade, which was valued at 4.14 trillion dollars in 2019.

He recounted that part of the reasons that led to Roberto Azevêdo resigning was due to pressure from the U.S which pestered the WTO not to see China as an emerging market.

“America has always frustrated the WTO. The U.S has for example blocked the election of judges to the WTO appellate body because the United States thinks the WTO rules favours China because it sees China as a developing country”.

According to the IMF, global growth may shrink by at least 3 per cent this year due to the novel coronavirus pandemic.

Some international analysts have maintained that frequent spats between the United States and China over tariffs, subsidies, dumping of goods, and protection of intellectual property rights, forced transfer of technology and other trade and investment restrictions, have contributed to significant tensions and near animosity in global trade.

China and the US have made no secret their open fight for world supremacy post Covid-19. All these are expected to negatively impact world trade, causing revenue to fall.

For now, the WTO needs a Director-General urgently more than ever due to turn of events on the global stage.

Some international trade analysts have also argued that the position couldn’t have come to Africa at a better time as the continent prepares to implement the Africa Continental Free Trade Agreement.

For many, this deal may give Africa the impetus to put forward a candidate that may be deemed neutral in the face of the US-China trade war.