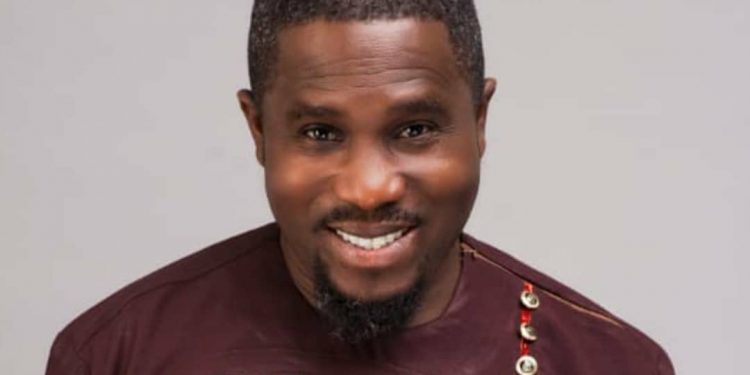 Brent crude is now trading below the US$30 per barrel mark compared to US$68.60 trading price recorded on January 03, on fears the deadly Covid-19 will push the world into recession with an oversupply of the commodity.

Oil prices fell heavily at the open in Asia on Monday 23, 2020 after a trillion-dollar Senate proposal to help the Covid-19 coronavirus-hit American economy was defeated and death tolls soared across Europe and the US. US benchmark West Texas Intermediate (WTI) was down 2.5 percent at US$22 per barrel while Brent crude, the international benchmark, fell 4.9 percent to US$25 per barrel, according to AFP.

Since the beginning of the year, international oil prices have taken a significant hit, largely as a result of the spread of the Coronavirus, emanating from China and spreading to other parts of the world. The spread of the coronavirus has significantly slowed economic activity across the globe. Travel restrictions and flight cancellation across the world, as well as close of shops and production outlets in and around China, collapsed the demand for oil and fuels.

The situation was worsened by the lack of an OPEC+ agreement around production cuts early March, and the subsequent price war between Russia and Saudi Arabia. Russia’s quest to halt the rise in Shale oil production, refused to go along with OPEC’s proposal last week to cut production to halt the free fall of price. Since the meeting, Saudi Arabia the de facto leader of OPEC had retaliated against Russia by announcing a huge discount on their crude price and promising to flood the oil market with cheap oil.

At the close of trading on Friday March 6, crude oil prices had recorded over 30 percent drop from the beginning of the year, to sell at US$45.27 per barrel. And at the opening of trading on Monday March 9, Brent Crude tumbled by more than 30 percent following the lack of agreement on production cut. The fall is the largest one-day drop recorded since the start of the Gulf War in 1991.

Last Friday, the market gave back early gains by falling by more than 10 percent, even as the world’s richest nations poured unprecedented aid into the global economy to stop a coronavirus-driven recession and US President Donald Trump hinted of intervening in the price war between Saudi Arabia and Russia. US crude futures for April fell US$2.69, or 10.67 percent, to settle at US$22.53 per barrel. Brent crude futures fell US$1.25, or 4.4 percent, to trade at US$27.20 per barrel.

Cumulatively, WTI and Brent crudes have both collapsed about 40 percent in the past two weeks since the breakdown of talks between OPEC) and its allies, including Russia, leading Saudi Arabia to ramp up supply (Reuters, 2020).

Worst yet to Come

Reuters reported last Wednesday that Saudi Arabia will maintain oil supply at 12.3 million barrels per day (bpd) over the next few months, with exports expecting to rise to a record 10 million bpd from next month. The growing supply glut in oil markets could end up filling all storage tanks worldwide, potentially causing prices to drop even further.

Industry Analysts speaking to Reuters, suggest that such a development would overwhelm the already troubled oil industry, forcing production shutdowns. According to the news agency, storage facilities both on land and offshore are already filling up, and Saudi Arabia has not yet started to increase its deliveries of crude.

Meanwhile Reuters reports that the glut is causing traders to offer their cargos at steep discounts in a desperate effort to find buyers. “There are no buyers, refiners in trouble, exporters in trouble, and producers in trouble. This is a disaster with no end in sight” an oil trader from the U.S. is reported as telling Reuters.

According to Gaurav Sharma of Forbes, the oil and gas industry’s pain always follows an oil price slump. And that it can be excruciatingly painful when it comes to market permutations in a cyclical business facing a once-in-a-generation event. In recent memory, the industry has either faced a demand crisis like the global financial crisis of 2008-09 or a supply glut that surfaced in 2015-16. However, as the first quarter of 2020 nears its end, the industry is staring at simultaneous oversupply as well as a demand slump with many writing off much of 2020.

Too much oil for too few takers with too many producers vying for their attention is not just a crisis but an unmitigated disaster for exploration and production (E&P) companies and the oilfield services (OFS) firms that keep them going, Gaurav suggests.

Nathan Sheets, chief economist at PGIM Fixed Income, wrote in an email to CNBC pointing out the reality, that the oil and gas industry consists of many firms that will be vulnerable in the event of a sustained downturn in energy prices. That the fact remains that “their pockets simply aren’t as deep as those of major sovereigns like Russia and Saudi Arabia, who they compete with in the oil market, and the price they need to cover their costs is higher.”

While the drop in price has some benefits like reducing overall energy costs, raising in household and corporate real incomes, lowering inflation and reducing current account deficits for oil importing countries; it inflict pain on oil exploration, production, and services companies too (Baffes, Kose, Ohnsorge, & Stocker, 2015).

In the estimation of Wood Mackenzie, the oil industry could see US$380 billion in cash-flow vanish if Brent averages US$35 per barrel this year, relative to US$60. Also Standard and Poor (S&P) which had previously expected US$60 this year, has slashed this price assumption for the year to US$40 per barrel.

Low oil price environment brings huge impact on operating performance of upstream oil and gas companies in the business of exploration and production (E&P), which typically reduces their ability to invest in additional capital investment (EIA, 2015). As lower oil prices reduces expected returns from future production, it equally decreases the incentives for upstream investment spending. As a result, new exploration and development projects may be delayed or canceled, dividend payments may be suspended, jobs may be lost, and reduced investments in producing fields can ultimately slow the growth in production (EIA 2015; Kaiser and Pulsipher 2006).

Already, the collapse in oil prices have seen some oil producers, especially in the United States and Canada announcing capital spending, dividend cuts, and job losses by the hour as many of their operations are unsustainable and deep in the red at US$30 a barrel for WTI Crude. Oil majors such as ExxonMobil, Chevron, Shell and BP are all evaluating their capital expenditure (capex) and operating expenditures (opex), with multi-billion dollar projects likely to be in limbo.

OilPrice.com reports that Apache Corporation has announced slashing its 2020 capital investment plan to US$1.0 billion-US$1.2 billion from a previous range of US$1.6 billion-US$1.9 billion. Murphy Oil Corporation, though is maintaining its commitment to dividend payment, has slashed its capital expenditure plan for 2020 by 35 percent. Chevron, Husk Energy, and many others are also looking at reviewing their investment plans after the price collapse.

Occidental Petroleum, weighed down by debt after its US$38 billion acquisition of Anadarko, announced last Tuesday that it’s slashing its quarterly dividend to 11 cents a share from 79 cents. It also said it plans to rein in spending this year by about 32 percent to about US$3.6 billion.

The cutters’ ranks are being swelled by independents like Apache Corporation, Devon Energy and Murphy, all of whom announced dramatic capital budget cuts of 30 percent or more, even before Big Oil got there. On the oil fields services (OFS) side, blue chip Halliburton has said it would furlough about 3,500 employees in Houston, oil and gas capital of the U.S., for 60 days. Driller Payzone Directional Services is halting operations, Liberty Oilfield Services said its executives would take a 20 percent pay cut and so the story goes, underpinned by a wider belief in the industry that the year 2020 is a lost cause (Bloomberg, 2020).

Tens of thousands of Texans are being laid off across the state in places like the Permian Basin shale fields in west Texas as companies shut down their drilling rigs, according to Ryan Sitton, a state oil and gas regulator. Drilling service company Canary LLC cut 43 workers last week. Recoil Oilfield Services laid off 50 workers after the water-transfer company lost all of its work with shale giant EOG Resources Inc. But the biggest blow so far came from Halliburton Co., the world’s dominant fracking-services provider, which said last week it would furlough 3,500 workers at its Houston headquarters.

The shrinking workforce is the direct result of a torrent of cuts in capital spending from U.S. explorers, some US$12.6 billion so far. All told, nearly two-thirds of the US$100 billion in global spending cuts could come in U.S. shale fields, according to Rystad Energy.

The Author, Paa Kwasi Anamua Sakyi, (aka Nana Amoasi VII) is the Executive Director of the Institute for Energy Security (IES).

He has 23 years of experience in the technical and management areas of Oil and Gas Management, Banking and Finance, and Mechanical Engineering; working in both the Gold Mining and Oil sector. He is currently working as an Oil Trader, Consultant, and Policy Analyst in the global energy sector. He serves as a resource to many global energy research firms, including Argus Media and CNBC Africa.