[Article] Telecom service providers are not cheating anyone 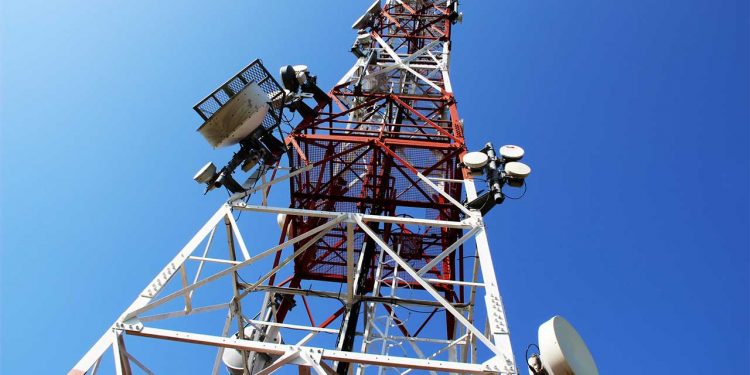 197
SHARES
1.5k
VIEWS
Share on FacebookShare on TwitterShare on Whatsapp

Telecom service providers provide an essential service so important that they are put in development markers.

They bear the cost of running, deploying and creating their own infrastructure, even when it benefits the whole community. They lay fiber-optic cables, they extend wireless services, they allow for anyone who can afford it to get connected to their systems and grids.

Innovation now means that they are increasing financial inclusion and making it easier for those who are usually not taxed to pay taxes. They are extending loans to people who never had access to a farthing.

All these investments done do not only inure in profit to the telcos but significantly add value to the whole economy way beyond the profitability numbers or otherwise.

For those of you who can remember Ghana in 1993.

Yet, we are making it look like Telcos get up one early morning and cheat people. This CST matter is very illuminating.

The moment Telcos are allowing people to see how much tax they really are paying by buying credits, they have been vilified. How does compliance with the Finance Minister’s edict indicates that they are thieves?

Our telco billing mechanisms are borne out of the fact that we are a very risky market, and therefore cannot have postpaid lines. Apart from water bills that are postpaid, almost all other utilities are prepaid. We pay for electricity and immediately on the bill you see that there is a place for streetlights etc, which are paid when you pay your prepaid bill. They show you all the components being paid for!

Similarly, if you bought a pair of shoes or bottled water, or you bought food in a restaurant, you see the VAT and all the other taxes.

In our newspapers, you see prices of products and they put an asterisk saying that these prices are VAT etc exclusive or inclusive.

Why is it that telcos alone are being singled out?

It is because due to their sheer size and reach, and the fact that they are fully dependent on licenses to operate, they are bullied.

The internet bundles you buy are SUBSCRIPTIONS. Look into a dictionary to find out the meaning of a subscription. It is a limited offer for a limited amount of time.

If you subscribe to a product, you are subscribing to a set of rules that have been set out commercially for a product according to a certain amount of constraints. It is a purely business decision of packaging.

These packages are DISCOUNTED packages designed and tailored for certain use cases and types and are to put the pricing of products in a way that makes it affordable and convenient.

The TRUE COST of USING INTERNET is the PAY AS YOU GO service where you are billed from your airtime per MB used, or Per minute used.

That is the REAL COST of USING INTERNET. Because that cost is prohibitive, and because we need to compete in a way to draw people and pricing to converge with the cost of operations and demand and supply, BUNDLES are created.

It is the reason why the internet and talk bundles are sliced and diced in many forms. It is also to save costs and ensure that service provision can be optimized along different pricing tiers to ENSURE PROFITABLE OPERATIONS.

Note that MTN or AirtelTigo or Vodafone are not charities. They have shareholders. They contribute immensely to the economy with their infrastructure. They comply and pay taxes for every line of cable they deploy. They provide jobs. Some are even listed on the stock exchange and it is a sign of pride when Ghanaians buy their shares and proudly declare themselves owners.

Why do we always want to make governments kill and milk every inch of leverage that these telcos have? Look at the number of young entrepreneurs who have become employers because of these telcos?

It is the market forces that should determine what telcos should do with their product offerings. Governments, especially government officials should not flex their muscles and spread falsehoods to antagonize the public against the same people who spend a lot to ensure that service delivery is optimal and without challenges.

This notion that telcos make tons of money should be dispelled immediately. If they truly did, why did Ghana have to sell its own company? Why are government-owned telcos in Africa never making money? It’s a management function and business acumen. It isnt a cash cow that the government should bully at will.

Let people know truly how much they are paying for CST. It isnt a bid to make the government unpopular. It is the right thing to do, and telcos should not shoulder the burden on behalf of people.

The revenue government made from these taxes is all there for us to see. The Telcos are actually doing all of us a favor by letting us know how much tax we pay anytime we talk. It is up to us to hold the government accountable for the tax paid. How is that a crime?

We were here when they said telcos were stealing taxes and due to that KelniGVG came in and we are paying them almost 2 million dollars a month, yet we have not been told today whether that investment in KelniGVG has shown a single telco “stealing” from Ghana.

Now we are being told the telcos are stealing again. Yet these same telcos power the economy and trigger much more development than most government agencies do with all the money they receive.