by Lawrence Segbefia
in FEATURES, Oil And Gas, Top Stories 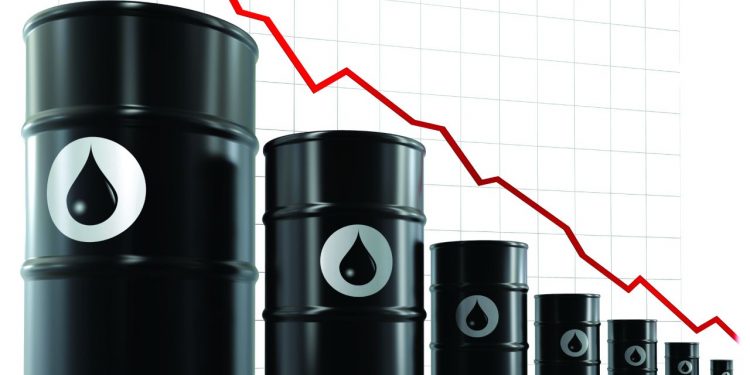 For the oil price forecasting fraternity, the great oil bust of 2014 signal one more failure. That in a matter of six months, Brent oil price dropped over 40 percent from $115 per barrel to $70 per barrel; and tumbled to mid-$20s of a barrel in first month 2016. And after struggling to rise to $86 in early October 2018, it took a nose dive to close the year 2018 below $54 per barrel.

All these happened against price directions as forecasted by investment houses, oil majors, banks, research analysts and consultants, with contrasts in judgements wide and disheartening. And there are records of long sequence of errors made by price forecasters, including the market crash of 1982 and 1986, and the commodity boom of 2008 which others predicted that it could reach $200 per barrel by 2020.

The year 2019 opened with the group recalibrating their forecasts after failed price expectations in 2018. JP Morgan cuts its outlook for oil, predicting once more that Brent will average $73 per barrel in 2019, down from previous forecast of $83 per barrel due to North American supply ramping up in the second half of 2019. The U.S. Energy Information Administration (EIA) have reviewed its Short-term Energy Outlook, and suggests that crude oil prices will average $61 per barrel in 2019; $13 shy of JP Morgan’s. But in near lockstep, Citi Investment is staying its forecast figure at $60 per barrel, arguing that there may be a slight oversupply for the year, with backwardation in the oil market.

With all these predictions, the forecasting fraternity caution that their projections might not turn out right because there will be a lot of market uncertainties this year that could tip oil prices either way. And so, for those of us who dwell on oil price forecasts to make decisions in various ways, this is a catastrophe. And it leave me asking: Why does crude oil price forecasts proves to be inevitably wrong?

Volatility: The Most Challenging Problem

Crude oil has become the world’s most important source of energy since the mid-1950s, with nearly one third of global energy consumption. Its use is a necessary part of the modern world, and prices have a big impact on the global markets and economies, prices of petroleum products, as well as oil exploration and exploitation activities.

Therefore, reliable forecasts of oil price remain very useful to various economic agents. It is vital for firms whose business considerably depends oil prices, like oil companies that need to decide whether or not to drill new wells, airline companies to plan routes and set airfares, and automobile firms to plan production. It is equally important for governments, business economists and commodity traders whose routine occupation is to churn out predictions of industry-level, and aggregate economic activities. Additionally, it helps various industries and households in making decisions on durable goods purchases, like motor vehicles, furnaces, and other appliances.

The price of this vital commodity used to have a predictable seasonal swing; spiking in the spring as oil traders anticipated high demand for summer vacation driving, and prices dropping in the fall and winter once demand peaked. But the oil industry have changed in a number of ways, so oil prices are no longer as predictable as it used to be. Not even the many advanced tools developed for predicting oil prices, including linear and non-linear models; could stop oil analyst and forecasters from frequently and frantically revising their market projections as price keeps upturning expectations.

The high volatility of oil prices remains one of the most challenging forecasting problems, with the industry often threatened by new incidents, wrong presumptions, and restricted information. The volatility exist because many different players like world leaders, cartels, speculators and global investors; seek to influence price on daily basis, the easily tradable and storable commodity.

The dynamic and complexed movements between these factors ends in the strange performance of the crude oil price movement.

For instance, between 2000 and 2008, oil witnessed an unprecedented surge in price, from around $25 per barrel to nearly $150 per barrel. This has been attributed to the increasing demand in emerging economies like China and India, with production cuts by the Organization of Petroleum Exporting Countries (OPEC) driving price to its record heights.

The initial plunge in crude prices from June 2014 to early 2015 was attributed to supply factors, including booming U.S. shale oil production, and deteriorating demand prospects in economies such as China, which is the world’s largest country by population. The boom in U.S. production was singularly influenced by the advancement in Horizontal Drilling and Hydraulic Fracturing technologies, which has also helped reduced remarkably America’s dependence on foreign oil since 2006 as domestic crude oil production from shale has grown from paltry 0.4 million barrels per day in 2007 to over 10 million barrel per day in 2018.

But the sustained price reduction into 2016 was largely influenced by the shift in OPEC policy. Confronted with deciding between either allowing prices to drop or ceding market share by cutting production in an effort to send prices upward again, Saudi Arabia the swing producer of OPEC kept its production stable, deciding that low oil prices offered more of a long-term benefit than giving up market share.

In October 2018, speculation spiked oil prices to multi-year high, due to the fear that re-imposing sanction on Iran, could erode supply. Crude oil market participants were betting that the black gold prices may head to $100 per barrel; a price last seen in 2014. But these fears were not confirmed, as President Donald Trump issued a last minute sanction waiver, and what followed was an immediate price dip of close to 30 percent. It is equally the view of most oil market watchers that the unprecedented rise in the spot price of oil between 2003 and 2008 cannot be explained in economic fundamentals, but was influenced by the increased financialisation of oil futures market.

The 2008 global financial crisis impacted negatively on oil just like other commodity market, as price of a barrel of crude fell from a high of $147 in mid-2008 to a low of $33 in February 2009 as a result of diminishing demand in economies of the major Western countries. Similar incident had already taken place in 1986 when a recession in the same Western economies had caused a high oil price to give way; plunging close to $11 per barrel in the first half of that year; back to their levels of 1974 and sending the economies of oil rich countries of the Gulf into a long recession, and causing popular resentments against the region governments.

In the late August 2017 crude price fell to its lowest in over a month with nearly 3 percent reduction, after Hurricane Harvey ripped through the heart of U.S. oil industry and caused moderate and temporary reductions to U.S. Gulf Coast onshore and offshore production as oil platforms in the path were evacuated and onshore activities came to a halt. Refined fuel prices also spiked as the category 4 storm took down some 13 percent of U.S. refining capacity. Before this incident, Hurricane Katrina had driven oil prices up by more than 3 percent when it struck the Southern U.S. and battered key oil installations in August 2005.

In 2006, the Israel-Lebanon war raised fears of a potential threat of war with Iran leading to oil price rising from $70 per barrel in May to a record-high of $77 per barrel by late July. Similarly, during the Arab Spring of 2011, crude oil price rose to above $100 per barrel in early March and reached its peak of $113 per barrel in late April as investors became concerned about the unrest and its impact on oil supply; given that this region accounts for a chunk of the world’s oil supply.

2012 witnessed another dramatic increases in oil price when the U.S. and the European Union (EU) began financial sanctions against Iran for coming closer to building nuclear weapon muscles. Iran responded with a threat to close the Strait of Hormuz, and the U.S. also threatened to open the canal with military force should Iran go ahead with their claim. What followed the banter was oil price breaking above $100 per barrel as traders worried the crisis would limit supply. It clearly shows that geopolitical events may have influence on real oil prices. Thus if conflicts threaten oil supply reliability, even if disruption does not in actual fact materialize, this should be reflected in the price of oil if expectation reacts accordingly.