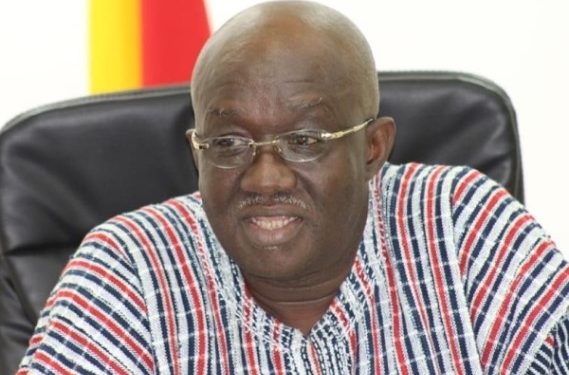 The Aviation Ministry has revoked a directive by the Ghana Civil Aviation Authority that ordered that cargo goods without manifest and air waybills should be ceased.

The directive, which was given by the then Director-General of GCAA, Simon Allotey, prior to his retirement stated that all cargo that came into the country without the appropriate manifest and air waybills would be ceased or they would risk not being permitted for clearance at the Kotoka International Airport.

The Ministry of Aviation believes that such a directive at a time when COVID-19 has partially crippled the sector will only aggravate the plight of the industry players.

The Ministry is also of the view that, notwithstanding the provision in the National Air Cargo and Mail Security Programme (NACMSP), such a major decision requires consultation with key stakeholders in the sector, especially when the practice has been going on in years past in the full glare of the GCAA and other service providers.

In an interview with Citi Business News, the Aviation Minister, Joseph Kofi Adda said adequate stakeholder consultation will determine when the directive can be duly applied.

“First of all, this has been going on for a long time. There’s not been any study on what needed to be done. There’s not been adequate consultation and people have gone ahead to order their items. He (Simon Allotey) did not engage them, to let them know why this change had to be effected, then he goes ahead and issues it. There was no time frame given for them to get to clear whatever they have before the thing will take effect and we think that’s not fair,” he said.

For this reason, the Aviation Ministry has also ordered that affected airlines should expedite the delivery of the backlog of cargo being held in other countries.

“Most of the items are personal protective equipment and so we need to get this out of the way and they did not apply all the rules they had to apply ahead of time. So I think it’s unfair and it’s keeping our PPE away from getting in to help us contain the COVID-19 in the country,” he added.

The Ghana Civil Aviation Authority (GCAA) had earlier directed that cargo goods that came into the country without manifest and air waybills were to be ceased.

This order was to ensure sanity in the sector and to make sure that goods coming into the country had the requisite documents.