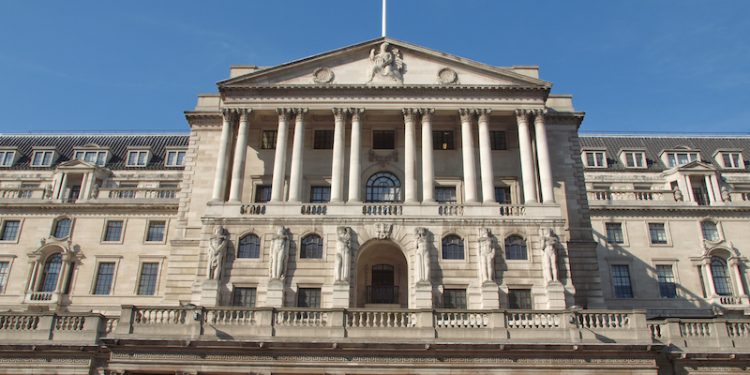 7
SHARES
1.5k
VIEWS
Share on FacebookShare on TwitterShare on Whatsapp

The Bank of England has cut its forecasts for UK growth over the next two years.

It also warned that a no-deal Brexit would hit the economy and trigger a further drop in the value of the pound.

The Bank left interest rates unchanged at 0.75% against a backdrop of weaker global growth and ongoing trade tensions between the US and China.

It said the UK economy was expected to grow by 1.3% this year, down from a previous projection of 1.5% in May.

The forecasts are based on the assumption that the UK leaves the EU with a Brexit deal – however, it suggested growth could be much slower in the event of no deal.

It said there was a one-in-three chance that the economy will shrink at the start of next year.

The Bank said the jobs market remained strong, although it also noted there were signs that the unemployment rate was likely to stay around the current rate of 3.8%.

Why has the Bank cut its forecasts?

The Bank’s Monetary Policy Committee (MPC) that sets interest rates said the UK was likely to have stagnated in the three months to June.

Its quarterly Inflation Report predicted only modest growth in the coming months due to ongoing uncertainty over the UK’s future relationship with the European Union.

It said global trade tensions were weighing on the UK outlook.

And it said there had been a “material and broad-based slowdown” in world growth since the end of 2017.

What is the outlook for interest rates?

The MPC’s forecasts for steady growth, inflation and employment are all based on the assumption of a smooth Brexit, in which the UK leaves with a deal.

It said that in this scenario it “would be appropriate” to raise interest rates to stop the economy from overheating.

However, it also spelled out the implications of a no-deal Brexit for the first time, stating that it would probably lead to slower growth, higher prices and a weaker pound.

“In the event of no-deal, no transition Brexit, sterling would likely fall, the risk premiums on UK assets would rise and volatility would spike higher,” said Mr. Carney.

“Similarly preparations by governments and businesses for no-deal are vital to reduce the potentially damaging transition costs to a WTO relationship with the EU.

But those preparations cannot eliminate the fundamental economic adjustments to a new trading arrangement that a no-deal Brexit would entail.”

The Bank has previously stated that it may not automatically cut interest rates in this scenario.

Governor Mark Carney has also warned that there are limits to the extent to which the MPC can stimulate the economy if the UK leaves the EU without a deal.

What effect is Brexit having on the economy?

The Bank said UK economic growth was “likely to remain subdued over the coming year, with Brexit-related uncertainties weighing on spending to a greater extent than in May”.

Its latest survey of businesses showed that 90% of them had implemented contingency plans ahead of a previous March Brexit deadline.

Three-quarters of respondents said they were also “as ready as they can be” for a no-deal scenario.

However, the Bank warned that “material risks of economic disruption remain”.

It noted that 240,000 businesses that currently trade solely with the EU were not ready for sudden EU border inspections in the event of no deal.

Many others did not have the right documents to keep selling to the EU if the UK left the bloc without a deal.