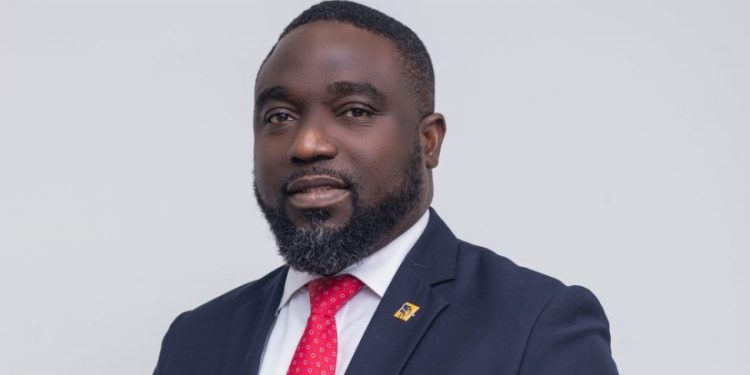 The African Continental Free Trade Area Agreement (AfCFTA) seeks to liberalize trade and services across the African continent, making it the largest free-trade area in the world.  It will produce a single market of more than 1.2 billion people with a cumulative Gross Domestic Product (GDP) in excess of US$3 trillion.

The United Nations Economic Commission for Africa projected that AfCTA will “increase intra-African trade by as much as US$35 billion per year, or 52 percent above the baseline by 2022.” Also, it will increase consumer spending significantly by lowering taxes on goods and services across Africa. This will increase opportunities and improve livelihoods.

While this will provide the continent with great opportunities, Mr. Azubike Obi, Group Head, Business Development at FBNBank Ghana Limited believes that “the degree of success of any country with AfCFTA heavily depends on its financial services sector since it will serve as the engine that will drive the expected activities.”  In this regard, he believes “the sector must be continuously primed and pruned to enhance its ability to play an expanded role in this new inter-regional trade environment as well as in providing essential tools and platforms to enhance each country’s gains from the Agreement.”

According to the World Trade Organization (WTO), the sector will play roles such as “facilitating transactions (exchange of goods, services and payments) in the economy; mobilizing savings (for which the outlets would otherwise be much more limited); allocating capital funds (notably to finance the real sector); monitoring managers (so that the funds allocated will be spent as envisaged); and transforming risk (reducing it through aggregation) and enabling it to be carried by those more willing to bear it.”  Azubike said even though the industry has largely provided these services over the years, these will be enlarged in scope and nuance.

There is evidence that despite efforts by banks to finance trade in the region, the trade finance gap persists. For instance, the second AfDB Trade Finance in Africa Survey Report released in 2017 showed that bank intermediated trade finance was under 35% on average between 2011 and 2014. The report also showed that “trade finance assets account for about 15 percent of total assets of commercial banks in Africa” within the period. It was 31% for West Africa relative to the regional average of 15% because it has 93% of its commercial banks engaged in trade finance activities, behind Northern Africa with 94%. This, Mr. Azubike Obi believes, reflects the magnitude of the trade finance gap financial institutions must help to cover or fill.

Traditionally, banks play an intermediary role between the surplus and the deficit sections of the economy and this is more so in West Africa where banks, for instance, facilitate local trade by providing financing to the various players in the local agricultural (food and cash crops) value chain and also facilitate international trade between entities in different nations. An example of this is the role played by commercial banks in Ghana in financing the Licensed Buying Companies (LBCs) to make purchases of cocoa beans from local cocoa farmers, for onward supply to Ghana Cocoa Board (COCOBOD) for export purposes.

He mentioned that “FBNBank Ghana, which is one of the six subsidiaries of First Bank of Nigeria Limited in sub-Saharan Africa will leverage its digital platforms and reach across sub-Saharan Africa to facilitate local and intra-regional trade in Africa.”

Aside helping to fill the existing trade finance gap, Azubike added that, “the banking sector will play a key role in increasing the productive capacity of the economy by providing the needed finance to businesses that provide all kinds of infrastructure, most especially Small and Medium-sized Enterprises (SMEs).” SMEs, he said, are very important in driving economic growth and development everywhere in the world and this is no different in Ghana.

This initiative, he believes underscores the importance of SMEs in the AfCFTA. According to the International Trade Center’s SME Competiveness Report in 2016, SMEs are the spine of the Ghanaian economy, they represent about 85% of enterprises, and contribute about 70% of Ghana’s Gross Domestic Product (GDP). Regardless of this, many factors prevent them from accessing the needed financial resources to expand.

However, Azubike said the situation will continue to improve as banks are able to establish the creditworthiness of many businesses through the enhanced used of various monitoring tools particularly the credit bureau tools which many financial service regulators are enforcing. In his view, the recent reforms particularly the recapitalization activities led by the Bank of Ghana as well as the clean-up in the financial sector, have also resulted in stronger banks which are more prepared to serve their customers’ needs. In addition, the FBNBank Ghana Group Head for Business Development reckoned that future regulatory and policy changes to improve the role of banks will ensure Ghana derives the maximum benefit from the African Continental Free Trade Agreement (AfCFTA).

AfCFTA, which is part of African Union’s Agenda 2063 is scheduled to start on 1st January 2021 and it is expected to play a big part in the continent’s post COVID–19 economic recovery.