Bank of Ghana could have handled the banking reforms better — Mahama 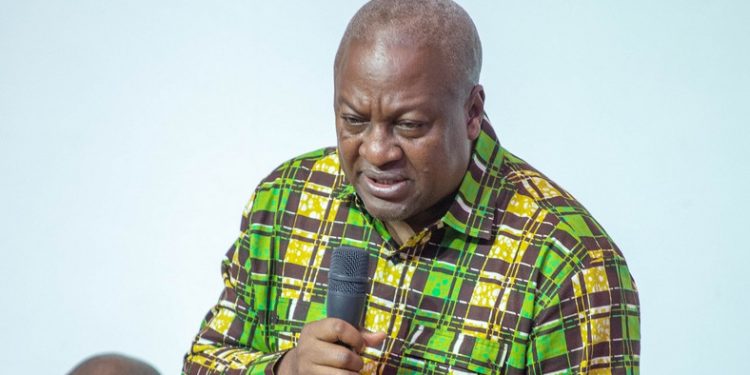 Former President John Dramani Mahama has stated that the current government could have handled the banking sector crisis in a much better way.

He believes setting a minimum capital for all banks to meet was not the best solution especially as all banks play various roles in the economy.

A total of nine banks lost their licenses to operate as the bank of Ghana implemented a number of reforms to sanitize the financial sector.

KPMG was then appointed as receiver for the seven banks that were collapsed into Consolidated Bank, Ghana.

The seven banks include Beige, Sovereign, Construction, UniBank and The Royal Bank. The rest were Heritage and Premium banks, while Capital and UT banks were taken over by GCB Bank.

But an interview with Citi Business News, former President John Dramani Mahama said the poor handling of the crisis has led to more unemployment which is already a battle yet to be conquered by the government.

“We have had crisis in the banking sector before, it won’t be the first time we have been faced by a crisis in the sector but the way it has always been handled has been to help save the banks rather than collapse them.

Right now the government is spending between GHS12 and 15 billion to pay for the debt created by the collapse of the banks. Half of this money could have bailed out all of these banks and government could have put in the supervision to make sure they do the right thing and be able to emerge from the crisis in which they were and in.

These banks gave credit to Ghanaian businesses who did work for government and a new government comes in and says we won’t pay you for the work done and for two years now many contractors and traders who have supplied government are sitting without payment. If government had paid them, they will then pay the banks and the state of the banks would have been different. I believe the Bank of Ghana’s handling of the situation has not been good at all”.

Meanwhile, Governor of the Central Bank Dr. Ernest Addison argues that most of the affected banks were beyond redemption as they were deeply insolvent. Adding that continuously giving them taxpayers money as liquidity support was not viable.

“I wish they could tell us how different they could have handled it. If a bank is insolvent, for example, how different are you going to handle that? I don’t think there is a viable alternative and that is the assessment that we have to make,” he added.