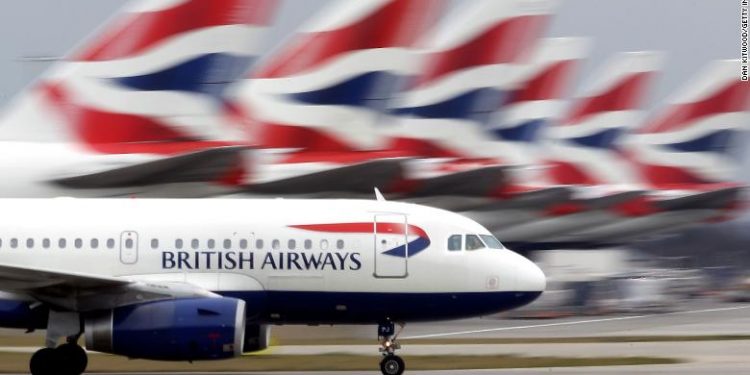 British Airways has told its passengers not to turn up at airports across the globe as the biggest strike action in the airline’s 100-year history begins on Monday.

More than 1,500 flights have been canceled as the company was accused of bullying its own staff by union bosses, who warned they could continue the action until the end of the year.

Some 280,000 people will be affected by the strike which is set to continue on Tuesday, costing BA £80m in lost revenue.

The pilots’ union Balpa said BA management’s cost-cuts and “dumbing down” of the brand had eroded confidence in the airline.

But BA chief Alex Cruz said investment in the operator had never been so big.

Both sides say they are willing to hold further talks, but no date has been set. The pilots are currently scheduled to stage another strike on 27 September.

Balpa’s general secretary, Brian Strutton, said: “It is time to get back to the negotiating table and put together a serious offer that will end this dispute.”

But he told the BBC that while BA says publicly it is willing to talk, “in private they say they are not going to negotiate”. And although the headline dispute is about pay, he said there was also deep resentment about the airline’s direction.

“BA has lost the trust and confidence of pilots because of cost-cutting and the dumbing down of the brand… management want to squeeze every last penny out of customers and staff,” Mr Strutton said.