by citibusinessnews
in Business, Economy 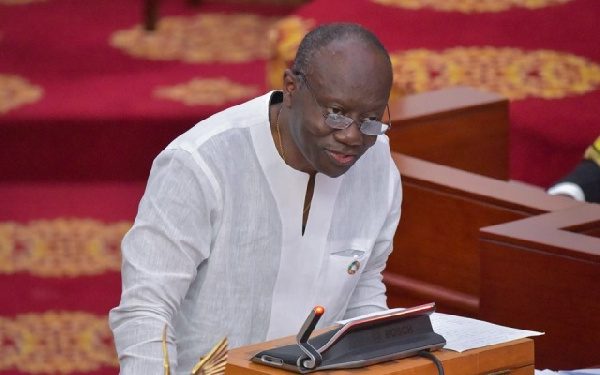 Parliament has confirmed that the Finance Minister Ken Ofori Atta will on Wednesday, November 13, 2019, present the 2020 budget and financial statement.

The reading was scheduled for November 14 but this has been changed.

Majority Leader, Osei Kyei Mensah Bonsu who made the announcement also urged Members of Parliament to reschedule their itineraries and be in the House on the said date.

“Mr. Speaker, the Honorable Minister of Finance is scheduled to appear in the House on Wednesday, the 13th of November 2019, to present the 2020 Budget and Financial Statement of the Republic of Ghana. Mr. Speaker, it is important to re-emphasize the fact that in accordance with Article 179, the budget will be presented on behalf of the President of Ghana on 13th November and not 14th November which is the date in circulation.”

The 2020 budget statement is the country’s first budget after the 4-year International Monetary Fund (IMF) bailout programme which came to an end earlier this year.

Ken Ofori-Atta is expected to outline among other things government’s intention of generating enough revenue to cater to the numerous planned programmes for the 2020 election year.

He will also demonstrate the government’s plan of containing the election year fiscal deficit which has proven elusive to the country since the 2004 elections.

Meanwhile, the Finance Committee of Parliament has said that it does not expect the introduction of new taxes in the yet-to-be-read budget.

The Chairman of the Committee, Dr. Mark Assibey-Yeboah said the introduction of a new tax may burden the Ghanaian populace.

The New Juaben South MP, said, “I don’t think new taxes will be introduced. This is a listening government and I don’t think that any new taxes have been programmed in the budget.

In a related development, however, the subsequent post-budget workshop for Parliament will for the first time in many years be held in Accra at the Parliament House rather than the Eastern Regional capital of Koforidua.

EIU predicts the government will overspend its budget in 2020

The Economist Intelligence Unit (EIU) has predicted that the government will struggle to lower its expenditure in the run-up to the 2020 general elections.

Despite government passing the Fiscal Responsibility Act last year aiming to limit future budget deficits to a maximum of 5% of GDP, the London-based business advisory firm expects the government to record a 5.5 percent budget deficit next year.