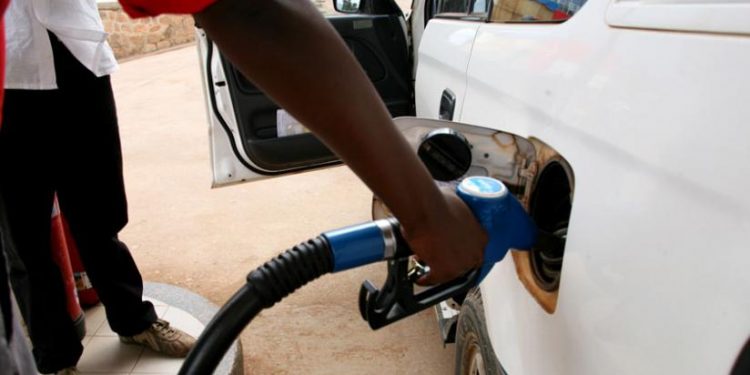 The Chamber of Petroleum Consumers (COPEC), is calling on Parliament to pass a legislation that will ensure that the quantum of taxes placed on petroleum products doesn’t exceed a certain threshold.

The comments follow notice of the implementation of the new tax policies introduced in the 2021 budget statement from 1st May, which according to COPEC is expected to contribute to fuel prices rising to GHS6 per litre in the near future.

“For this reason, we have called on Parliament to put a capping on petroleum taxes. If it is 30% to 35% that we are able to collect, let’s put a certain capping on it because at present the taxes are in excess of 50%. We do think that Ghanaians are simply being over squeezed, and surely we are going to get to a point where the difficulties and the frustrations may be expressed out there on the streets.”

Fuel prices hit GHS5.7 per litre: How we got here

Fuel prices in the country have consistently seen a steady increase since the beginning of the year, sparking fears that consumers may end the year paying an all-time high rate per litre.

Current figures from the pumps show that prices of petrol and diesel which were both selling at an average price of GHS 4.7 per litre in December 2020, are now being sold at an average of GHS 5.74 at the pumps.

The Chamber of Petroleum Consumers has indicated that the percentage change in prices within the last two months is an 11% increase.

While many have already and continue to express their displeasure over the fast increasing price at the pumps, things do not appear to look better in the short to medium term.

This is because government has proposed a 5.7 percent increment in prices of petrol and diesel as part of new levies it is imposing on Ghanaians.

Petrol and diesel are the most patronized fuel products in Ghana, and any increase usually affects transport fares and impacts the cost of general goods.

Below is an infographic of the price change in petrol and diesel since January: 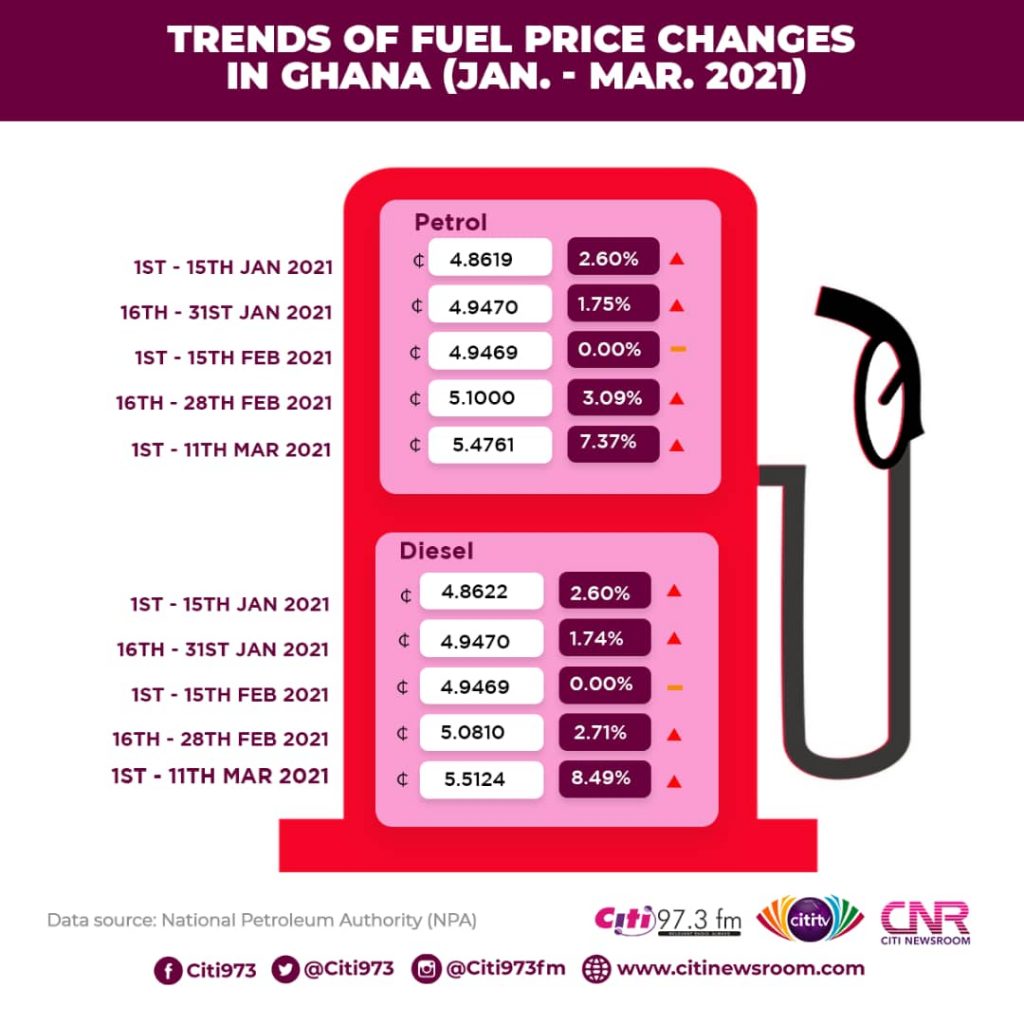 Based on historical data from the National Petroleum Authority (NPA) notice that since 2015, fuel prices have doubled; from an average of GHS 2.7 per litre then to GHS 5.4 per litre on average currently.

With the proposed new levies expected to further increase the amount, the Executive Secretary of COPEC, Duncan Amoah has called on parliament to kick against the government’s proposal to increase levies on petroleum products to ensure that Ghanaians are not overburdened.