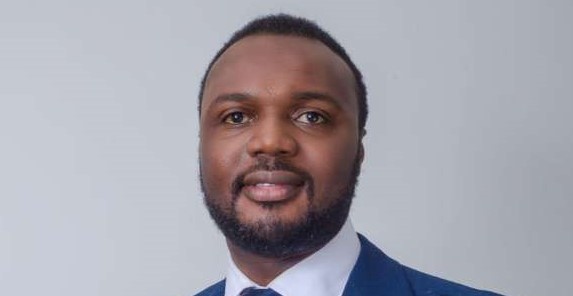 The former Chief Executive Officer (CEO) of defunct Capital Bank, William Ato Essien, who is facing trial for the collapse of the financial institution, has begun negotiations with the Attorney General to have some of the charges brought against him dropped.

His lawyers revealed that he has paid close to GHS1.4 million, and also given out some 19 newly cleared cars from the port to the state.

According to his counsel, led by Thadeus Sory, engaging the AG based on section 35 of the Courts Act, which allows for an offer of compensation or restitution in respect of some of the charges brought against the accused persons is currently ongoing.

The lawyers have already indicated to the Economic and Organised Crimes Office (EOCO), that their client was willing and ready to return about GHS27 million to the state.

The Attorney General’s office in response confirmed the negotiations and informed the court that they will consider it.

The Judge, Justice Kyei Baffour, adjourned the case to 18th of June 2020 for the two parties to report back to him.

Mr. Ato Essien is facing trial with three former executives of the defunct bank; Fitzgerald Odonkor, Kate Quartey-Papafio and Tetteh Nettey. They are responding to 26 charges leveled them.

The prosecution, led by the Attorney-General (AG), Ms Gloria Afua Akuffo, accused the four persons of engaging in various illegal acts that led to the dissipation of the GH¢620 million liquidity support given to Capital Bank by the Bank of Ghana between June 2015 and November 2016.

It is the case of the AG that Essien, with Odonkor’s aid, transferred the liquidity support to certain companies either controlled by him or in which he had interest.

According to the AG, GHS 130 million of the liquidity support was transferred to MC Management Services, which was later presented to the BoG as the initial capital to set up Sovereign Bank, another bank in which Essien had an interest.

She further alleged that between June and October 2015, Essien, aided by Odonkor, appropriated GH¢c27.5 million of the liquidity support by carrying it in jute bags.

“The money was purportedly used as payment for business promotion,” she told the court.

Ms Akuffo also accused Essien of giving some liquidity support to his cronies in the form of a loan to be used to buy shares in Capital Bank.

With regard to Quartey-Papafio, the AG said as part of the scheme to further dissipate the GH¢620 million liquidity support, Essien transferred GHS 70 million of the money into Quartey-Papafio’s bank account at Cal Bank.

She further accused Quartey-Papafio of trying to withdraw the money in 2017, even though she was aware that Capital Bank had collapsed and was in receivership.

The withdrawal, the A-G submitted, was, however, prevented by the receivers of Capital Bank.

During his application for bail, counsel for Quartey-Papafio, Dr Dominic Ayine, a former Deputy AG, rebutted the facts presented by the AG.

He described the case as a ground-breaking one in the country’s jurisprudence.

“This is going to be the first case in the history of this country that stealing has occurred with the consent of the owner,” counsel contended.

Making his case, he argued that the GH¢620 million liquidity support was essentially a loan that was granted to Capital Bank by the BoG, which was supposed to be paid with interest.

“Essentially, this was money belonging to Capital Bank,” he said.

Counsel further submitted that per Section 60 of the Companies Act, 2019 (Act 992), there was nothing wrong with a lending institution giving out loans for people to buy shares in that institution.