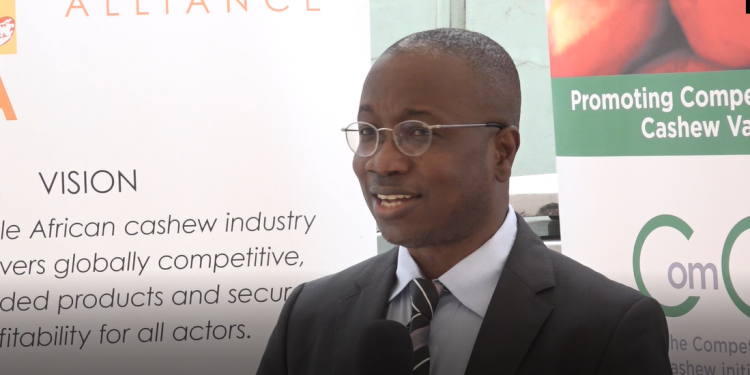 Cashew processors are calling on government to support them to improve local processing of cashew in the country to increase their yield, and also assist them by regulating pricing to ensure fair trade.

According to them, despite the high nutritional and economic value of cashew products, local demand is very low.

Speaking to Citi Business News, after a donation of COVID-19 items, to some local cashew processing companies in Accra, Managing Director of the African Cashew Alliance, Ernest Mintah called for more support and policies to increase local processing of cashew.

“Today, what we are doing is also trying to give them all the items that they need to respect the protocols of COVID-19. How do we to hope to grow local processing? For us, it’s just a matter of support from the government to bring in the right the policies that allow processors to have access to financing and to also be able to buy raw cashew nut at the start of the season before other competitors come in,” he said.

“Again beyond that, we are also looking at support for farmer level, in terms of small processing facilities for apple processing so that farmers can have additional income. We are looking at support for warehousing because if you looked at what happened during the coronavirus pandemic, we had farmers leaving their raw cashew nuts in their fields because they couldn’t have anywhere to store their produce again. Even if they were willing to collect the cashew from the fields, they had no better knowledge of how to do all the post-harvest handling,” he added.

In a bid to promote the development of the produce of cash crops across the country, government in 2019 established the Tree Crop Development Authority to regulate the production and sale of tree crops in the country.

The establishment of the authority followed the launch of the Planting for Exports and Rural Development (PERD), a programme that seeks to boost the production and sale of rubber, coffee, coconut, oil palm, as well as cashew.

In 2018, the cashew sector raked in about ¢378 million as a Non-Traditional Export crop.

The amount represented 43 percent of the total revenue obtained from non-traditional export commodities in the country.

Currently, the sector is projected to be a major earner in the agriculture sector for the country as it has the potential to earn even more revenue for the country if given consistent strategic attention by the government and key stakeholders.

CNSL is used extensively in the petroleum and paint production industries and the production of pesticides. Residual shells are also used as fuel for powering heavy industrial equipment.

The cashew apple can be processed into fruit juice, wine, ethanol for industrial use, jam and other food products.