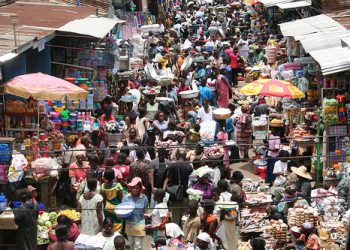 Prior to the Christmas celebrations in December, Ghanaian markets are expected to be flooded with a lot of imported products.

The Food and Drugs Authority (FDA) in anticipation of the arrival of different types of goods before and during the season has pledged to intensify its presence and surveillance activities at the ports and markets to prevent the imports and sale of fake or unregulated products into the country.

This forms part of efforts to rid the country of unauthorized goods during the festive season.

The Head of the Food Industrial Support Services Department at the FDA, Ebenezer Kofi Essel, in an interview with Citi Business News outlined how the FDA plans to undertake this.

“During this same time that these purchases are going up, we also have a situation where some unscrupulous people will also take advantage of the situation and would want to exploit unsuspecting consumers. So there are a lot of activities that we carry out. We become more vigilant, not in the sense of the scope of work we do, but we’ll throw in more officers to the front, either at the ports or markets. So you’ll have your control at the ports and your presence felt at the markets trying to check what is on sale and try to take appropriate steps to ensure that the products are safe for consumption. But most importantly, we intensify our public education.”

The FDA is however asking consumers to be vigilant in their purchases particularly before and during the Christmas period.

“In the years past, we realize that there was a trend where most of the rice dealers were buying old rice bags and pour out old stocks of rice into these bags to make them look very new, stitch it up, and put them up for sale at a very cheap price. We’re not saying that people will reduce prices of products during this time. But you should also be very careful that when you see the prices of certain commodities reduced very low, you should be suspicious of what you’re buying. The other thing too is that if you go ahead to do the purchases, make sure that you’re able to read what is on the packages,” he insisted.

The Christmas season usually comes with many business deals, some of which may appear too good to be true.

From discounts to promotions, many traders will do anything to beat competition and increase profit.

But going into the season, the emergence of many unusual products on the markets is widespread, with unscrupulous sellers swindling unsuspecting shoppers through ridiculous deals.

A lot of traders join the masses to sell products which are either expired or unapproved. These unwholesome products are often hoarded and released onto the market during the festive period.

A few are also imported with no proper checks through the country’s entry points. In order to fast-track the sale of such products, they are usually displayed with really low prices.

Most unsuspecting buyers, unfortunately, consume these unwholesome products and end up with severe health problems.

It is for this reason that over the years, authorities responsible for the regulation of all foods, medicines, food supplements, cosmetic and others, have made it a point to check the sale of unwholesome or fake products to the public especially during festive seasons.