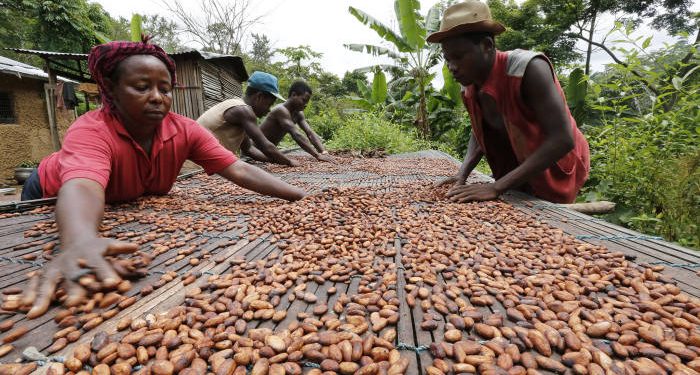 The General Agricultural Workers Union (GAWU) has described the increment in cocoa prices as timely.

The government on Tuesday 2nd October,2019 announced that the producer price for a ton of cocoa has been increased to GH¢8, 249 while that of 64 kg bag would now be sold at GH¢515.

This comes after the price per ton of cocoa was maintained for three consecutive seasons.

The announcement was made at the World Cocoa Day celebration held in Sunyani where the government promised it would continue to implement good policies to sustain the cocoa industry.

Speaking to Citi Business News on the increment, General Secretary for GAWU, Edward Kareweh said the decision will sustain the cocoa industry.

“The price has come at a time that is most needed, for more than two years the industry has not received an increment in the price so it is timely to give hope to farmers that the industry is recovering,” he said.

He added: “As much as they would have wished to have far more than this current increment, it suggests that when things improve in the future then they can get what they want but as it stands now it is good.

It is to a good sign for Cocobod and therefore the farmers and suggests that the reason why the producer price was not increased for this number of years was that the situation was bad.

Now it’s a sign that Cocobod is also delivering on its word that things are recovering and therefore the little they can do they will as we hope for better times to come.