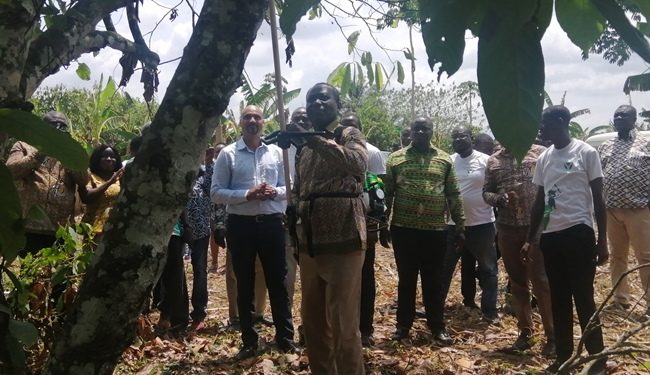 0
SHARES
1.6k
VIEWS
Share on FacebookShare on TwitterShare on Whatsapp

The Ghana Cocoa Board (COCOBOD) has distributed 100,000 motorized pruners and slashers to cocoa farmers across the country.

According to COCOBOD, this is part of policies being rolled out to encourage cocoa farmers to adopt best practices to boost production.

The machine, which cost Ghc 5,000, has been distributed to the farmers through the various cooperative farmer unions and the farmers will repay in installment after acquiring it.

The motorized pruners and slashers have been introduced to facilitate mass pruning exercise.

Pruning of cocoa farms is the practice of removing excess and dead branches of the cocoa trees to enhance the tree’s productivity.

Most cocoa farmers have often resorted to the use of machete and weedicides in pruning their farms.

The use of the motorized pruners will aid in higher efficiency as compared to the traditional manual pruning since it can prune a hectare of land within two hours. 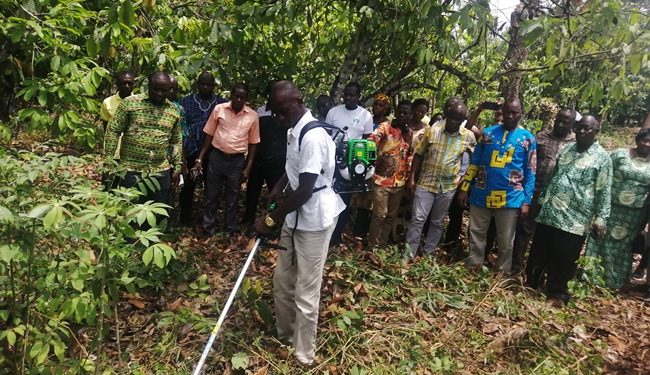 The slashers on the other hand reduces the chances of injuries to the cocoa trees such as a branch tear and damage to the buds on the tree.

At a ceremony to launch the motorized pruners and slashers at Nkawie in the Ashanti Region, leadership of various cocoa famers cooperative unions lauded the initiative by Cocobod.

The said pruning is essential to cocoa farming since it facilitates the penetration of sunlight which plays an important role in photosynthetic activities of the cocoa plant.

Chief Executive Officer (CEO) of COCOBOD, Joseph Boahen Aidoo, maintained that the introduction of such a technology is part of interventions to enhance productivity in the cocoa sector. 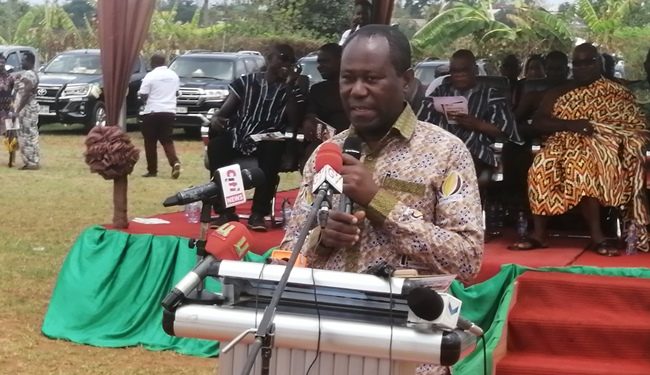 Mr. Aidoo indicated that the machine has a lot of advantages that can go a long way to prevent pest invasion on cocoa farms and also increase the yields of farmers.

The COCOBOD CEO is optimistic that the introduction of the machine will help farmers increase productivity and also reduce stress as they work on their farmlands.

“I am very confident and very optimistic that once they do the pruning and also apply fertilizer which is also on credit, the farmer should not get less than ten bags”, he said

Farmers have been taken through training workshops to learn how the new machine is operated.

Officials of the COCOBOD after the launch also demonstrated the use of the machines to the farmers who were present at the event.