Creating 350,000 jobs will be tough unless – Economist 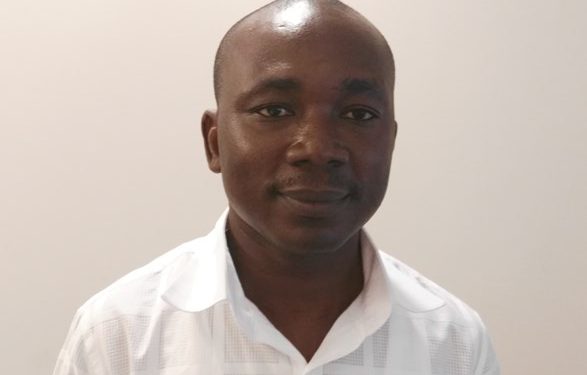 Economists have told Citi Business News that it will be tough for government to achieve its job creation agenda for 2018 if the country continues to rely on the oil sector.

According to them, it will be prudent to invest and grow the real sector of the economy (comprising agriculture, industry, among others) to drive the ambitious initiatives to be rolled out next year.

The comments come on the back of announcement by Finance Minister, Ken Ofori Atta that the Akufo-Addo government is hoping to create at least 356,000 jobs in 2018.

But an analysis by Citi Business News from the viewpoint of industry watchers indicate that some measures will have to be holistically followed to achieve the aim.

Speaking on the floor of Parliament on Wednesday, November 15, Mr. Ofori Atta told Legislators that the jobs are expected to be drawn from key policies such as the 1 district, 1 factory; the National Entrepreneurship and Innovation Programme (NEIP) as well as the Nation Builders Corps (NBC).

Breakdown of jobs to be created

A further breakdown shows that an estimated 250,000 direct and indirect jobs are expected to be created under the 1 district, 1 factory program.

This also follows the selection of some 191 proposals ready for implementation in 102 districts.

Also, the NEIP is expected to provide funding to some 500 entrepreneurs in the first phase who will employ a total of 6,000 people.

This means each entrepreneur will employ 12 persons.

This translates into 462 persons per district.

The Nation Builders Corps forms part of the numerous initiatives to be rolled out under the Akufo-Addo Programme for Economic Transformation (AAPET).

But the Head of Finance of the University of Ghana Business School, Professor Godfred Bokpin tells Citi Business News achieving this aim will be tough.

He argues for the need to grow other sectors to reduce the overreliance on the oil industry for growth.

“Then in that case we want to see to what extent government will implement the planting for food and jobs and the linkages with the agribusiness as well as the industrialisation they are talking about. But then again, we cannot go that far because the best way to judge a government’s is to look at their money function; where they are putting their money is what tells you what they value most,” he asserted.

For 2018, the government is expecting to spend some 19.59 billion cedis on wages and salaries, pension benefits, allowances, among others on public sector workers.

A development, Economist Dr. Eric Osei Assibey believes makes it necessary for government to embark on a rather gradual process in the creation of jobs.

“I think that perhaps this kind of programs can be gradually phased in; we just have to take our time so that we don’t burden expenditure and throw the economy out of gear so that we get to a point that we have to borrow more in order to pay for some of these services.”

Meanwhile Country Senior Partner for Pricewaterhouse Coopers, Vish Ashiagbor maintains that the two throng approach may be laudable, but he fears its success is bleak if implementation is conspicuously ignored.

“It’s all about the implementation; so to the extent that we remember that the overall thrust is to move this to the private sector and not just another government expenditure, then I believe we can get there.”