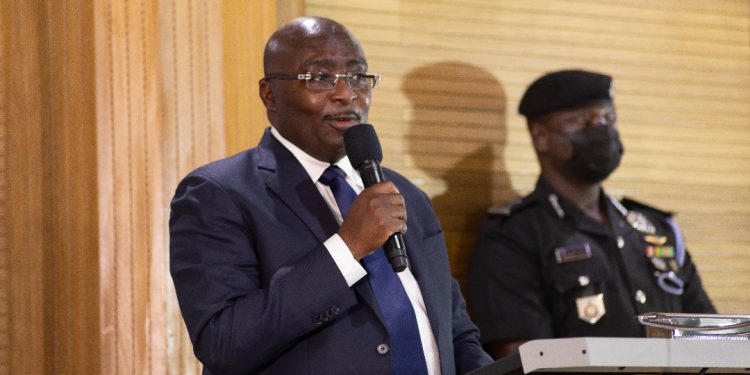 The instruction comes on the back of data from the National Petroleum Authority (NPA), which indicates that between 2015 and 2019, government lost over four billion Ghana Cedis in tax revenue to illicit petroleum activities by the Oil Marketing Companies that evade taxes.

Speaking at the launch of the National Retail Outlet Fuel Monitoring System by the National Petroleum Authority, Dr. Bawumia hinted that the move forms part of efforts aimed at eliminating illicit activities associated with the transportation and effective distribution of petroleum products across the country.

“There are many OMCs who owe GRA taxes but they refuse to go and pay. They rather depend on third party suppliers to bring them fuel while the GRA is waiting to be paid. In the end, they don’t get any money but the OMCs continue in businesses. One of the problems we have with this situation of these illegal activities and the evasion of taxes is that the honest OMCs are put at a competitive disadvantage.”

“The competitors who are those engaged in the illegal activities don’t pay taxes, and so they cannot effectively compete. If we don’t address this matter, many people will desist from being law-abiding citizens. So, we are tasking the NPA with immediate effect to halt the granting of third party supplies of oil companies who are not in good standing, extending heavily indebted OMCs that are determined to evade the payment of statutory levies,” he said.

Illegal activities within Ghana’s petroleum downstream sector have been a source of worry for many stakeholders over the years.

The activities which include the growing occurrences of petroleum smuggling, dumping of untaxed products and adulteration of petroleum products has been described as dangerous.

Its effect on the country’s petroleum sector has been worrying as there have been calls by many stakeholders calling on government to take steps to quickly end the activities.

Already, data from the Chamber of Bulk Oil Distributors (CBOD) has revealed that the government and people of Ghana lost GH₵1.9billion to tax evasion in 2019.

Also, institutions such as the Chamber of Petroleum Consumers and the Association of Oil Marketing Companies have appealed to government to seal the revenue leakages.