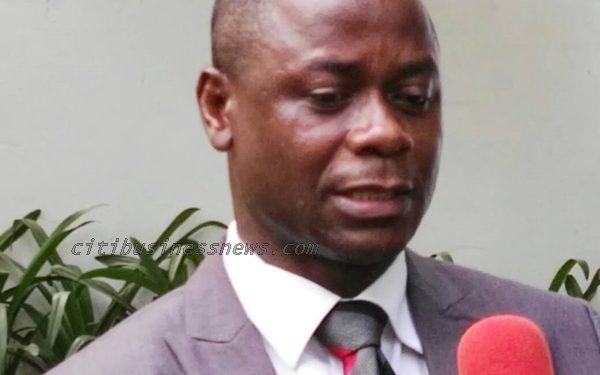 Prof. Eric Osei Assibey - Economist at the University of Ghana

An Economist, Professor Eric Osei Assibey has suggested that the government’s debt re-profiling could be having a positive impact on reducing the country’s debts.

According to him, some interim improvements within the economy could have a greater impact if the plan is sustained.

Professor Assibey’s comments come on the back of a recent Bank of Ghana data which shows that the country’s debt reached 172.9 billion cedis as at November 2018.

“That Treasury Bill rates fell from about 17.5% two years ago to about 13%. Because that reduces government’s liquidity burden, roll over maturing debts and the government having to borrow to settle short term debts.”

“The seven and ten year bonds have much higher interests or yields than the short term bonds and that is good for the government because then the investors tend to be attracted to yields with a higher interest particularly where inflation is expected to fall,” he told Citi Business News.

The data from the central bank showed that the debt of 172.9 billion cedis also represents 57.9 percent of the total value of all goods and services produced within the country for last year.

An analysis of the figures by the central bank shows that the figure has been increasing by every month.

For instance, as at February last year, the debt stood at 146.7 billion cedis which rose gradually to reach the 172.9 billion cedis.

Though the government has on several instances borrowed or announced intentions to borrow, it has always maintained that the monies were to retire maturing debts and extend shorter term ones.

Meanwhile for the first quarter of this year, the government intends to borrow to the tune of 11.25 billion cedis.

Of this, 10.14 billion cedis is expected to be used to roll over maturing debts while the remaining 1.1 billion cedis will be channeled into meeting the government’s financing requirements and buffer for the period.