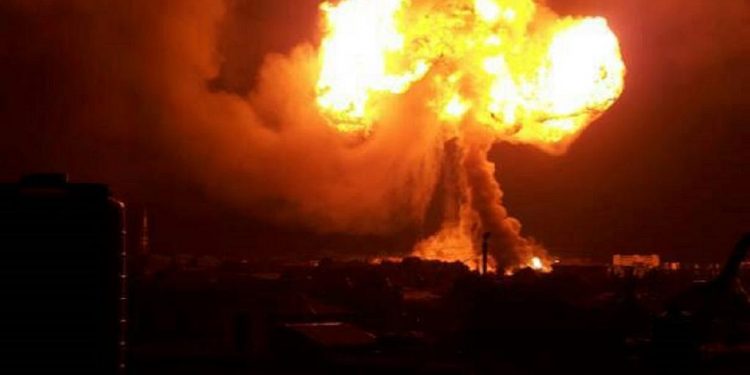 The Chamber of Petroleum Consumers-Ghana (COPEC) wants government and sector authorities to ensure that safety standards are adhered to at various fuel stations across the country.

This is on the back of an explosion which occurred last week at a gas station in the Volta Region.

Speaking to Citi Business News, Executive Secretary of COPEC, Duncan Amoah said the incident is a wakeup call for authorities to begin strictly enforcing safety standard in order to avert a recurrence.

“There has been another explosion in the Volta Region. We are worried because it endangers every Ghanaian. We have said that past reports, recommendations and actions if we do not see them implemented, we will continue to have these challenges around us. Whatever happened in the Volta Region should be a wakeup call to authorities that there is still a lot of danger around us. We also believe that the regulators themselves are not leaving up to their billing. If you insist on standards being kept, we are quite certain that the near misses, the misses and the accidents could be mitigated altogether. Unfortunately, we are not getting anywhere,” he said.

Three out of the 14 people who suffered injuries during the explosion at the Mighty Gas filling station in the Volta Region have died.

The 14 were rushed to the Ho teaching hospital shortly after the fire swept through some commercial cars on the dawn of Wednesday, November 11, 2020.

The sound of the explosion at the gas station which is very close to the Ho teaching hospital drew the attention of residents who called personnel from the Ghana National Fire Service.

But for the swift intervention of the fire service, the explosion would have spread to the hospital.

The gas company temporarily shut down to pave way for thorough assessment, repairs and improvements after the incident.

Gas explosions across the county

A number of explosions have occurred across the country this year leading to loss of lives and properties running into tens of thousands of cedis.

For instance, two people lost their lives while 22 others were in critical condition after a gas cylinder exploded at Akwabose, a community in the Upper Denkyira West District of the Central Region.

The incident happened on Sunday, July 26, 2020, at a gold refinery facility in the area.

A building close to the explosion also had parts of its roof ripped off.

Ghana currently has over 600 LPG refilling stations nationwide. A number of gas explosions have been recorded in the last five years with Ghanaians calling for better handling of LPG.

Government however introduced the Cylinder Re-circulation Model to help reduce such explosions and enhance safety.

As part of the module, gas cylinders will no longer be filled up as gas retail outlets, but cylinders will be bought from distributors each time it runs out.