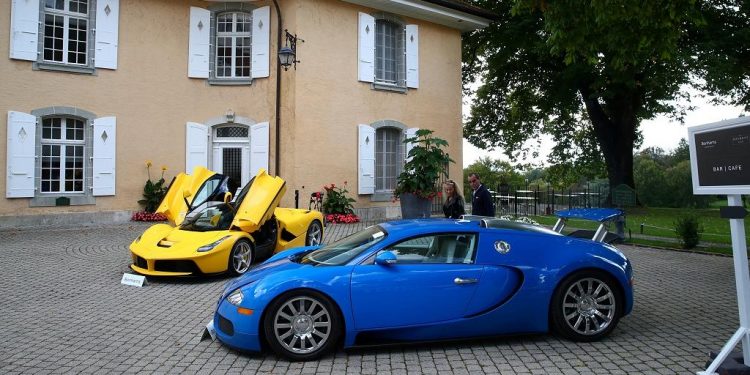 145
SHARES
1.8k
VIEWS
Share on FacebookShare on TwitterShare on Whatsapp

Following the seizure of 25 supercars from Equatorial Guineas vice president as part of a Swiss money-laundering probe, an auction held by Bonhams on Sunday fetched nearly $27 million (27 million Swiss francs).

Geneva prosecutors said in February that they had closed an inquiry into Teodoro Nguema Obiang for money laundering and misappropriation of public assets with an arrangement to sell the cars to fund social programmes in the west African state.

Known as Teodorin, he is the son of President Teodoro Obiang Nguema Mbasogo, who has ruled Equatorial Guinea for 40 years. Rights groups label his administration as one the world’s most corrupt.

A 2014 white Lamborghini Veneno Roadster sold for $8.28m including commission, about 50% more than its pre-sale estimate, in heavy three-way bidding.

“The top lot of the collection and rarest of all, one of only nine built and introduced for the 50th anniversary of Lamborghini,” said James Knight, group chairman of Bonhams Motoring Department, as he opened bidding.

The buyer was anonymous, but the saleroom burst into applause as the hammer came down at the event in a 12th-century abbey in the grounds of Bonmont golf and country club in the village of Cheserex, 30 km (19 miles) from Geneva.

A Reuters tally of official hammer prices, VAT and 15% commission, showed a total of $26.93m.

“Proceeds are for charity,” he said.

A Swiss bidder told Reuters that an agent for a collector in Dubai, United Arab Emirates, had bought several supercars.

A grey armoured 1998 Rolls Royce Silver Spur in need of repair – and described by Knight as “perfect for someone who doesn’t have any friends or has enemies” – went for $86,250.

A 1956 Aston Martin Lagonda, owned by the late Claude Nobs, founder of the Montreux Jazz Festival, was among 50 other cars that found new owners.

Thierry Amsallem, Nob’s partner and heir, attended the sale and bought a white 2007 Bentley Azure Decapotable from Obiang’s collection for $112,125.

“It is like new, just 843 miles on it. We’ll use it to drive around performers,” Amsallem, chair of the Claude Nobs Foundation, told Reuters.