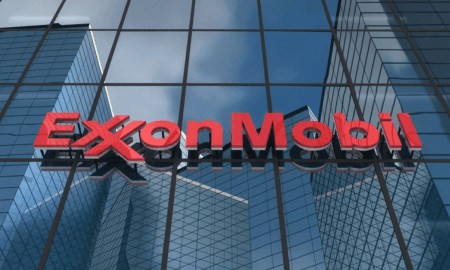 Thirty workers at an ExxonMobil-operated offshore oil platform in Equatorial Guinea have tested positive for the new coronavirus, two sources close to the Ministry told Reuters.

The outbreak on the platform is one of the sector’s largest reported infection clusters and highlights the risk that the coronavirus poses to offshore oil installations, where people typically work, sleep and eat in close quarters.

The workers on the Serpentina floating production storage and offloading platform have since been evacuated and are in quarantine, while ExxonMobil and government officials work to disinfect the platform, the sources said.

“Production has not been affected and we don’t think it will be affected,” he said, adding that the government will start testing for coronavirus in all offshore workers.

The country’s largest crude stream, Zafiro, is exported by ExxonMobil primarily from the Serpentina FPSO (floating production and storage operation), which has capacity of roughly 120,000 bpd.

A source close to the ministry said that production was not affected at Zafiro oilfield or at Jade, which has capacity of roughly 60,000 bpd.

A spokesman for Exxon said the company’s primary focus was the health and safety of its workers but did not comment directly on the cases or share any impact on production.

Many countries and companies have already placed restriction on the number of workers allowed at oil installations to reduce the risk of infection.

However, this has posed a significant logistical challenge, particularly as plummeting oil demand hammers global prices and limits operating budgets.

In Brazil, two FPSOs were forced to halt production after workers contracted the virus. The Brazilian oil and gas sector has been hard hit by the virus, with 126 confirmed cases among workers, including 74 who had recently been on offshore oil platforms.

Equatorial Guinea has reported 258 confirmed cases throughout the country and one death.

On Sunday another oil major, Total, confirmed 14 cases at its sites in Congo Republic.