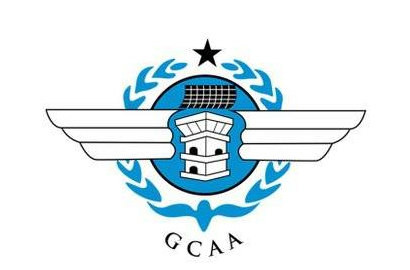 Workers of the Ghana Civil Aviation Authority (GCAA) have threatened to extend their industrial action to affect international flights if encroachments on the company’s lands are not halted.

For years, the workers have lamented the continuous encroachment of private developers on lands reserved for operations of the GCAA; a situation they believe affects the smooth communication between airlines and the Air Traffic Services.

The workers on October 14, 2020, commenced an industrial action which affects only domestic flights, with the hope of drawing the attention of the Ministry of Aviation, the Lands Commission and the Presidency to encroachment on lands earmarked for the development of the country’s civil aviation sector.

The workers explained that they had reached out to the National Labour Commission and the Ministry of National Security for assistance, and they had also sent a letter to the Chief of Staff and a petition to President Nana Addo Dankwa Akufo-Addo; all to no avail.

They added that the strike had become necessary after exhausting all relevant avenues, including meetings and discussions with the Executive Management of GCAA and the Ministry of Aviation.

Spokesperson for the Workers Union, William Amoako, told Citi Business News that, this action is a partial one which will only affect domestic flights until their concerns are duly addressed.

“This means that staff are not working and when it comes to the serious effects of it, the air traffic services, we are going to withdraw services for specific airlines especially the domestic airlines for now. We are very conscious of the impact it could have on the international community so for now, we are not touching the international flights. The withdrawn services will only affect the domestic flights with the hope that we can mount some level of pressure on the government to intervene and solve this problem once and for all,” he said.

In a press conference held last week to drum home their issues, the workers blamed the Ministry of Lands and Natural resources for taking no action while lands belonging to the authority were sold out to private developers.

In an interview with Citi Business News, Eric Mireku Amaning, Manager of Corporate Communications at GCAA, said “Yesterday, the Minister for Aviation, Joseph Kofi Adda met with the La Traditional Council, the Land Commission and Civil Aviation at the La Transmitter, where the site is, and it was agreed that parties involved should suspend all works until an amicable solution is found to the matter.”

“As I speak with you now, there’s been an agreement with all the parties that developments and all activities on the land should cease,” Mr. Amaning noted.

According to the striking workers, their action will be extended to affect international flights if all activities on the lands are not immediately stopped.

They are also calling for the land titles to be issued in the name of GCAA.

Spokesperson for the workers warned that: “If it escalates, then, of course, there’s a possibility of roping in the international flights. This has been the trend. Anytime there’s a threat, you have them coming in to plead. But the problem is, once we stand down, then it goes back to normal and activities are resumed in two folds and three folds. We are the ones who bear the brunt, and we know the effects of communication failures and navigation failures so this time we are not accepting any verbal promises,” Mr. Amoako added.