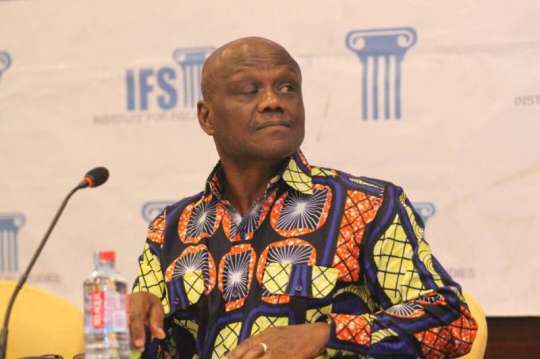 The Institute for Fiscal Studies (IFS) has described the country’s tax exemptions regime which grants waivers to the tune of GH¢4.6 billion as unsustainable; calling on Parliament to pass the Tax Exemptions Bill.

The Finance Ministry has since March 2019 submitted to the legislature a Tax Exemptions Bill for consideration and passage into law to regulate the application of tax and other exemptions, and to provide for related matters.

According to a statement from the IFS, the continuous growth in tax exemptions and reliefs, are not only unsustainable but also deny the country of much-needed revenue.

This trajectory, the IFS said, is dangerous and needs to be corrected with a strengthened bill. Some of the changes the IFS wants made to the bill include a proper and comprehensive definition of what an exemption really is.

The Institute also is also calling for an amendment of exemptions relating to privileged persons, free zones enterprises, religious organizations, goods imported by the President, among others.

The amendments if effected according to the IFS, coupled with the swift passage of the bill, will not only help reduce the range and cost of exemptions but increase revenues for the country and strengthen fiscal and macroeconomic stability.

Below is the full statement

In contrast to the rapid growth of expenditure, tax revenue in Ghana has remained very low as a share of GDP over the years due to the country’s tax-expenditure regime, including a wide range of exemptions and various forms of preferential tax treatment, concessions and low compliance. The continuous rise of tax exemptions impacts negatively on how much the government mobilizes as revenue to the state.

In 2016, the Ministry of Finance intensified its oversight in an effort to limit the use of special permits that exempt imports from custom duties and VAT.

Cabinet also amended the process for approving exemptions to include compulsory clearance by the Ministry. Despite these positive steps, total exemptions stood at GHȻ2.26 billion as at end 2016, representing close to 10% increase from the previous year’s exemptions of GHȻ2.06 billion. In 2017, total tax exemptions amounted to GH¢2.57 billion, representing nearly half (47%) the total import duty collected for the year.

In delivering the State of the Nation Address on 21 February 2019, the President stated as follows:

“Mr. Speaker, revenue mobilization poses the biggest challenge in the management of our economy, with the tax exemption policy, in particular, proving to be an Achilles heel, and a growing menace to fiscal stability and revenue generation. In the last eight years, tax exemptions in respect of import duty, import VAT, import NHIL and domestic VAT have grown from GH¢392 million (0.6% of GDP) in 2010 to GH¢4.66 billion (1.6% of GDP) in 2018.

These figures do not include exemptions from the payment of corporate and individual income taxes, concessions on tax rates, petroleum tax reliefs, customs tax exemptions enjoyed by diplomatic missions, and waiver of processing charges at the ports. If we continue at this rate, in less than sixteen years, half of Ghana’s revenue base will be given away as tax exemptions.

Mr. Speaker, this is not sustainable, and we intend to do something about it to reverse the trend, by introducing suitable measures that may disrupt the easy and comfortable arrangements that many have become accustomed to, but which we have to take to ensure that we have the firmest of foundations for the economic take-off that has escaped us for so long”.

In line with the President’s statement on tax exemptions, the Minister of Finance submitted an Exemptions Bill to Parliament in March this year for consideration and passage into law to regulate the application of tax and other exemptions and to provide for related matters.

The object of the Bill is to rationalize the current exemptions regime on taxes, levies, fees and charges to improve domestic revenue mobilization. This is to be achieved by consolidating existing statutory provisions on tax and other exemptions and to provide for the administration of exemptions.  Strangely, Parliament has not done anything on the Bill since it was laid before them in March this year.

The key Provisions of the Exemption Bill, 2019, include the following:

A couple of observations can be made on the Bill. First, an exemption is defined in the Bill as “a deviation from (a) a tax, levy, fee or charge provided for under an enactment, or (b) the timing of the payment of a tax, levy, fee or charge which results in a reduction in the effective liability of the payer. This definition of an exemption in the Bill is vague, ambiguous and inadequate.

The Bill needs a definition that depicts clearly what an “exemption” is, which broadly speaking is any exclusion of an income, economic activity, or taxpayer from being subject to a tax, with the effect that normal tax liability is either reduced or eliminated. The definition employed should also be comprehensive and account for the two broad classes of exemptions granted in Ghana, namely exemptions that are embedded in the tax legislation and exemptions that are granted outside the tax legislation.

Second, the Bill applies to all exemptions and stipulates that no enactment shall provide for the grant of exemption or a variation to a provision of the Bill. If anything of the sort happens, the provision in that enactment will be null and void.

Third, the Bill provides that a free zone developer, a subcontractor or an enterprise that imports items into a free zone or single factory is exempt from direct and indirect customs duties and taxes.

However, a company that is licensed as a free zone enterprise in accordance with the Free Zones Act, 1995 (Act 504) but does not export (a) a minimum of 70% of its output or (b) the relevant percentage as specified in the license of the Free Zones Enterprise shall not benefit from an exemption on account of being a licensed free zone enterprise. Such a free zones enterprise will be liable to pay all outstanding taxes and the Ghana Revenue Authority shall recover all outstanding tax liabilities of such an enterprise.

Clearly, the success in curbing the volume and cost of exemptions will depend on the prudent use of this discretion. In principle, subjecting the Minister’s recommendations on exemptions to approvals by both Cabinet and Parliament constitutes a kind of check on his discretion.

However, this check has not been effective in the past in limiting exemptions, which have grown to the levels which has now become an albatross to all policymakers. An additional but more robust and effective restraint is thus warranted if the Bill’s ultimate goal of reducing revenue lost to exemptions is to be guaranteed. The criteria should generally set a high bar for granting an exemption and should also be robust enough to regulate the exercise of discretion and provide a strong basis for accountability.

The concern here has to do with exempt goods that can be imported by the President. This clause in the Bill needs further clarity as “goods for personal use” can be defined to include a number of very expensive things, such as jet aircraft, vehicles, etc. for which the exempt taxes on them can be very huge. It will be advisable for the Bill to define the goods in consideration as has been done for those for use by disabled persons.

The Bill also lists a number of worship-related imports that are exempted from payment of customs duties and taxes. Without re-opening the old debate about religious organizations and tax exemption, the proliferation of one-man churches in the country in recent years and their rampant money-seeking activities call for the need for a complete review of all tax exemptions for religious organizations.

The Bill provides for exemption of custom duties and custom taxes for worship-related imports but it is completely silent on the various income-generating activities of churches, including collections, donations, commercial activities, investment in properties that could attract income tax and transactions undertaken by the churches that could also attract VAT.

Section 14 thus gives an opportunity for virtually any person or group of persons to conceivably claim some privileged circumstance that qualifies them for an exemption. In the absence of clear rules for recognizing a privileged person or status, this could lead to exemptions being requested and potentially granted without sufficiently sound policy justifications. The Bill should, therefore, stick to its specified list of privileged persons without providing for an unspecified category of “other privileged persons”.

The issue that arises here is whether tax incentives granted the free trade zone operators benefit the country in the end. Companies operating in the free zones are entitled to both monetary and non-monetary incentives, including 100% exemption from the payment of income tax on profits for 10 years, and is not to exceed 8% thereafter.

The tax incentives enjoyed by free zones enterprises are foregone public revenue and it is not clear whether thorough cost-benefit analyses were done prior to establishing the free zones.

Furthermore, the fiscal incentives granted to the free zones operators can be better tailored to promote capital investment, such as investment tax credits and exemption from duties on capital goods, rather than the exemption from direct and indirect custom duties and taxes on all imports into the free zone and also using tax holidays that cannot be guaranteed to spur productive investment.

The race to attract global capital as inward investment is very competitive these days. But considering that Ghana is struggling with domestic revenue mobilization, the Government should consider shortening the 10 years tax exemption period for operators in the free-zones.

In conclusion, the IFS wishes to state that the Exemptions Bill introduced in Parliament by the Government in March this year is a bold and commendable step towards addressing the excesses of the country’s overgenerous exemptions regime.

This is an important intervention in an era of fiscal rigidity, underpinned by mounting expenditure, persistently underperforming domestic revenue mobilization, and dwindling external aid support.

However, the Bill needs to be strengthened, particularly by defining an exemption properly and comprehensively. It will also require that other exemptions in the tax code need to be re-examined for their effectiveness and value for money and to see what potential revenue savings could be made by adjusting them.

Reducing the range and cost of exemptions will help increase revenues and strengthen fiscal and macroeconomic stability. We, therefore, urge Parliament to consider passing the Bill expeditiously, subject to the proposed amendments contained in this document. 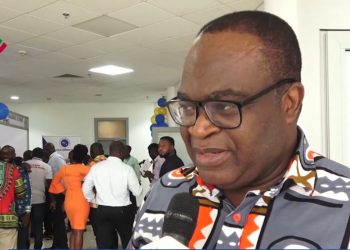 The Association of Oil Marketing Companies (AOMC), has welcomed the introduction of a new monitoring system for the petroleum sector...

Food prices have reduced; but we must stabilize it – Esoko confirms President’s claims