in Banking And Finance, Government, Invest In Ghana 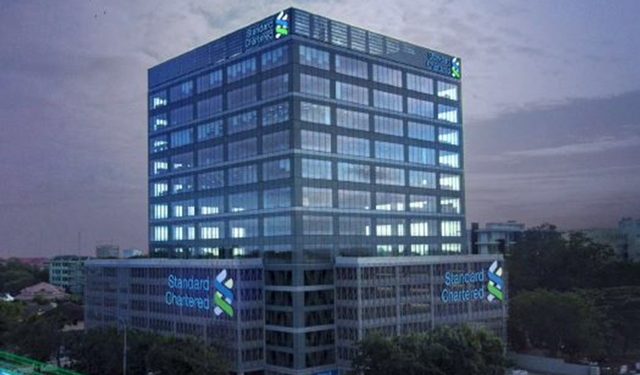 Ghana together with neighbouring Côte d’Ivoire have been named have named as markets that have most rapidly improved trade growth potential over the past decade, according to new research from Standard Chartered.

The Trade20 index, which identifies the 20 rising stars of trade, places Côte d’Ivoire in the top spot of African markets, and Kenya at number three with Ghana at the 13th position, according to a press release.

The Standard Chartered Trade20 Index identifies the markets with the greatest potential for future trade growth over the past 10 years.

The study examines 66 markets around the world and finds that while existing trade powers like China and India continue to rapidly improve their trade potential, African economies are making particularly strong progress from a relatively low starting point.

The key findings of the Trade20 index for African markets are: Côte d’Ivoire and Kenya have significantly improved their trade readiness, demonstrating that investments in infrastructure and business environment improvements are paying off.

It again showed that Côte d’Ivoire and Ghana also fared well for economic dynamism, with Côte d’Ivoire enjoying robust GDP and export growth, and Ghana seeing an influx of FDI.

Saif Malik, Regional Co-Head, Global Banking, AME, Standard Chartered, said “Home to some of the world’s fastest-growing economies, Africa has the potential to become a much bigger player on the global trade stage. Already connected with the trading powers in Asia, particularly China, through the Belt & Road Initiative, and with the launch of the African Continental Free Trade Area, we see numerous growth opportunities for trade and investment in the years ahead.”

“Additionally, the growing young, digitally-savvy population and an increasing female workforce will aid in the continent’s economic transformation,” he said.

Trade20 again examined 12 metrics across 66 global markets – the major global economies plus the major economies in each region – to reveal the 20 economies that are most rapidly improving their potential for trade growth.

While most traditional trade indices are based on a market’s present performance, the Trade20 index captures changes over time to reveal the markets that have seen the most improvement within the last decade. This enables us to identify the economies where recent positive developments may point to an acceleration in trade growth potential.

While most traditional trade indices are based on a market’s present performance, our index captures changes over time to reveal the markets that have seen the most improvement during the last decade. This enables us to identify the economies where recent positive developments may point to an acceleration in trade growth potential.

Higher exports are strongly correlated with higher imports, of both capital and consumer goods, offering opportunities for companies worldwide. A high ranking also suggests a market that is improving as a possible outsourcing location.

It is important to note that some markets are progressing fast from a low starting point, while others are moving quickly from an already-high starting point. The study does not look at the trade growth potential of each market in absolute terms, but at its individual potential for trade growth relative to its size. In absolute terms, large economies will, of course, offer greater potential and opportunity overall than smaller ones.