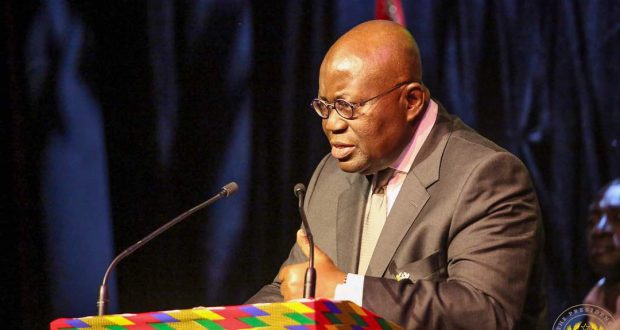 President Akufo Addo says his government will not make any pronouncements on the yet to be delivered judgment on the maritime border dispute between Ghana and Ivory Coast.

Nana Addo maintains that a lot of work is ongoing on how best to handle the outcome of the three year dispute.

The International Tribunal of the Law of the Sea (ITLOS), is expected to give its ruling on the matter on Saturday, September 23, 2017.

The landmark ruling is also expected to at least bring finality to the litigation between Ghana and Ivory Coast.

Speaking to the Bloomberg in the USA, President Akufo Addo stressed that the judgment will inform his government’s decision going forward.

“The ruling is on Saturday and we are waiting to see what decision will be made and we will see how best we will enforce the decision of the court. This will definitely have economic consequences on Ghana…a lot of work is going on in that way but I will prefer to wait and see what will happen on Saturday before I tell the world what I would do to respond,” the President remarked.

In 2014, Ghana went to the International Tribunal of the Law of the Sea ( ITLOS), seeking a declaration that it has not encroached on Cote d’Ivoire’s territorial waters.

Cote d’Ivoire in February 2015, also filed for preliminary measures and urged the tribunal to suspend all activities on the disputed area until the definitive determination of the case.

The oral hearing of the maritime border dispute between the two countries was concluded in February 2017.