Ghana Gas to commence supply of gas to Karpowership

Work being done to enable Ghana Gas supply gas to power the Karpowership is near completion with gas flow expected to start tomorrow.

According to the Ghana Gas Company, engineering works, electrical connections and laying of pipelines to the Karpowership at the Sekondi Naval Base in the Western region is about 98 percent complete.

Ernest Owusu Bempah, Head of Communication of Ghana Gas told journalists on Monday hydrogen is currently being pushed through the pipelines to flush them and ensure there were no leakages as well as to clear the lines for the free flow of gas.

He stated given the progress of work, the powership is expected to become operational by Thursday, October 31.

The Karpowership was relocated in August 2019 as part of the government’s decision to source cheaper fuel for the running of the 470 megawatts power plant.

The plant was moved from Tema to the Sekondi Naval Base in the Western region where it will benefit from gas from the Atuabo Ghana Gas Processing Plant.

Mr. Owusu-Bempah stated that an eight-kilometer onshore and the 1.3 km offshore pipelines linking the Karpowership, the tie-in point, have all been successfully laid, a test of electrical connections and the metering gauge have all been fixed.

The Head of Communications added that on a daily basis, Ghana Gas will be supplying the powership 60 to 90 mcsf gas. 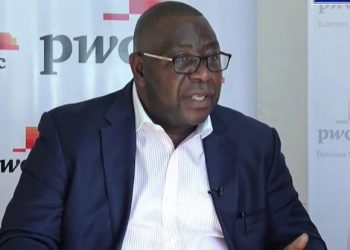