by Richard Annerquaye Abbey
in Mining 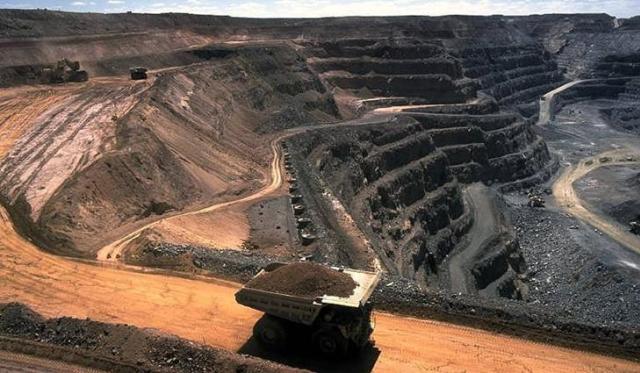 The Management of the Ghana Manganese Company has denied government’s allegations that it was engaged in tax evasion which led to the shutdown of the company.

The company was on Monday ordered to shut down its operations by the Minister for Lands and Natural Resources Kwaku Asomah-Cheremeh.

Mr. Asomah-Cheremeh said the decision was taken after several infractions were found upon the completion of a preliminary technical and financial audit of GMCL’s operations.

But in a press release issued by the company and signed by its Chief Operating Officer (COO) Benjamin Atsu Quashie said none of the allegations made by the Minister has been brought before the company for their response.

Read Below the Statement issued by the Company

GMC’S FACT ON THE CASE OF CESSATION OF MINING OPERATIONS, EXPLORATION AND EXPORT OF MINERALS

Our attention has been drawn to the press conference held by the Sector Minister, Lands and Natural Resources on 5th August 2019 in relation to the above caption. We will like to reply as follows:

First, we will acknowledge that GMC in February 2019 obliged the order by the government for an audit of its books supposedly for under-declaring its tax/royalties payments to the government of Ghana.

But, the findings and conclusions of the “so-called” audit report have not been brought to our attention for comments, at least, in line with best practices and as will have been expected of a Ministry with which we have had a long-standing cordial relationship.

Second, we will like to put on record that, as regarding the “allegations” leveled against the company, GMC has been tax compliant, as our records and “Awards” will indicate.

In fact, in December 2018, the GRA did a transfer pricing audit of GMC for the period 2013 to 2018 to ascertain loss of revenue to the government.

The report stated that between January 2013 and June 2017, the price at which the ore was sold was at arm’s length and therefore no revenue was lost to the government.

However, GRA adjusted the ore price between the period of July 2017 to December 2018 which resulted in additional tax (corporation tax and royalties) of US$ 14,063,202.77. This amount has since been paid to the government.

As a matter of fact, the price of the Manganese ore sold is now determined by GRA. As a company, we have little or no say in the fixing of the price.  Therefore, the figures put out by the Minister are inconsistent.

Third, we will like to state that GMC operates responsibly and honors its statutory obligations. For the sake of clarity, in 2018, the corporation tax liability of the company was US$ 31 million. This was settled before 31st December 2018 as required by law. In relation to royalties, the company paid an amount of US$ 17 million in 2018.

We will like to put on record, therefore, that all our tax obligations up to date have been honored. As a matter of fact, we are still waiting for an amount of $20 million in VAT refunds due to us from GRA between the periods of December 2018 and June 2019.

The records are there for everyone to check at GRA. We believe that our sterling performance in honoring our tax obligations contributed to the GRA Bronze Award conferred on us for tax compliance in 2018.

Fourth, the year to date mining production is 4,054,250 wet tons. The figures are available for the public to scrutinize/verify. In fact, we are not in a position to alter these figures to the disadvantage of the government.

Fifth, the Minister’s mention of our indebtedness to some suppliers and its linkage to the supposed “statutory obligations,”  all together necessitating the order to shut down the Mine is very unfortunate as we see that as purely a matter of commerce. As good corporate citizens, we have continually engaged these vendors when we are unable to meet our side of the agreement, for alternative arrangements.

Sixth, it must be noted that the Ghana Manganese Company Limited was acquired in May 2017 by China Tian Yuan Manganese Limited (“CTYML”), a subsidiary of Ningxia Tianyuan Manganese Industry Co., Ltd. (“TMI”), after the consent of the government of Ghana and a significant portion of the audit period (2010-2017) as stated in the press conference was before the acquisition of GMC by TMI.

Finally, as a company that has existed for over a century, our contribution to the growth and prosperity of Ghana, our workforce of over 1,500 (direct/indirect) and their families and the catchment communities in terms of CSR should not be undermined. In fact, we find the order by the Minister to shut down the Mine very very unfortunate and regrettable.

That said, we will like to take the opportunity to reassure all our stakeholders to remain calm – as a meeting has been scheduled with the Sector Minister on Friday 9th August 2019 to try to resolve the matter. 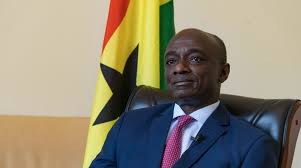 Ghana’s Ambassador to China, Edward Boateng, has assured that due process is being followed by the Ghana Integrated Aluminium Development...