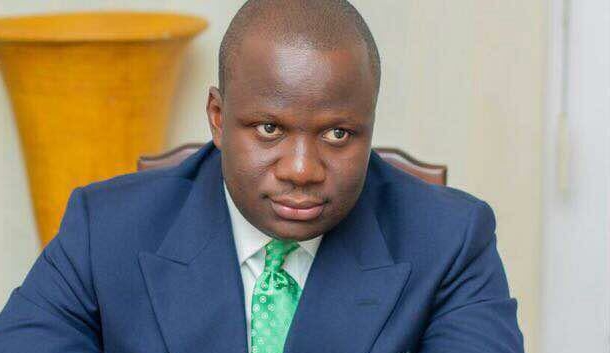 The Ghana National Association of Small Scale Miners (GNASSM), has lauded the Minister of Lands and Natural Resources, Samuel Abdulai Jinapor for his inclusion of the Association in all mining dialogues and programs that have been organized since he assumed office.

The Director of Communications for the Association, Abdul Razak Alhassan, who spoke to the press said the Minister even before his vetting and swearing in promised that he will involve all relevant stakeholders in the small scale mining industry in all engagements in order to ensure that the sector drives development and sees a major facelift.

“The Minister before his vetting through the Chief Director of the Ministry reached out to the Association to know more about the sector. He took our inputs on how best the Ministry can help the sector to move forward and deal with issues of pollution of water bodies and the lands. So he was satisfied with the information we gave and asked for our support to improve the sector” he said.

The Association’s comments come after the Ministry of Lands and Natural Resources recently held a dialogue on small scale mining at the Accra International Conference Centre in Accra.

It was on the theme; ‘Sustainable Small Scale Mining for National Development’, where all stakeholders came to interact to find ways to ensure sustainable and environmental friendly mining while reaping the full benefits.

Adbul Razak Alhassan said the Minister has been pragmatic in his approach in dealing with issues facing the sector as compared to his predecessors who spoke a lot but took very little action.

He said the Association has also taken the decision to suspend activities of its taskforce for now until they engage with the Minister to brief him on activities of the task force and how they can both fight against illegal mining.

“We have suspended the activities of our task force for now because we do not want it to look like we are jumping the gun. For now, we are building the taskforce to make sure they give him the support when the time comes”, he reiterated.

According to him, if the Minister continues to be pragmatic in his approach as he has been in his early days, they can promise him of nothing but success.

“If only he keeps his word and continues the same way he started, we foresee that he will be one of the best Ministers to have handled the Ministry” Abdul Razak said.

On his part, the General Secretary of the Association, Mr. Godwin Amarh, also applauded Mr. Jinapor for his all-inclusive approach with all relevant stakeholders in the mining sector.

He said the Association is ever ready to work with the Ministry to ensure that illegal mining ends.

The Association therefore urged all small scale miners to mine responsibly to avoid any sanctions.