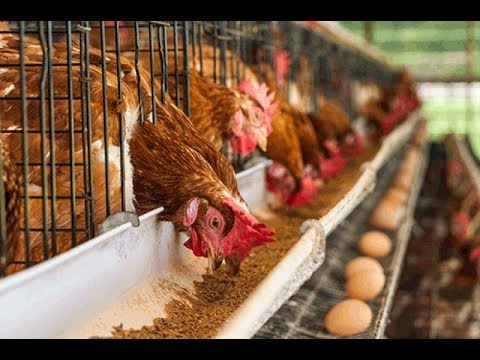 For nearly a decade, the Ghana poultry sector has contracted due to the decreasing profitability of egg and meat production.

According to the Food and Agriculture Organization of the United Nations (FAO), domestically produced broiler meat fell from nearly 60 percent of all poultry consumed in Ghana in 2000 to 20 percent in 2011.

This demand has not matched local production leading to increases in chicken imports over the last 10 years with huge import bills.

The GPP is being implemented by ACDI/VOCA and TechnoServe, and has been established to increase the competitiveness of the domestic production and processing of poultry meat and eggs.

The WIPVaC-Apex is an organisation that seeks to bring together all women along the poultry value chain for common interests.

Our goal is to create new opportunities and expand the activities of women along the poultry value chain to stimulate developments for the benefit of society.

Membership include aggregators of maize and soya, day-old chicks suppliers, dealers in poultry inputs such as fishmeal, concentrates, poultry drugs and feed, poultry farmers, egg sellers and distributors of chicken and guinea fowl.

It is an African Union- InterAfrican Bureau of Animal Resource (AU-IBAR) initiative, and a strategic outcome of the Veterinary Governance VET-GOV Project.

Launched in February 2019, the GPP was a sponsored matching grant for the WIPVaC–Apex for a Pullet Out grower Support Programme (POSP), to produce pullets (16 weeks layers) to members in the scheme and reduce the production risk of raising day-old chick to point of lay as well as increase profitability.

The project was implemented in three regions, namely, Greater Accra, Ashanti and Brong Ahafo. It commenced with the acquisition of 4,500 layer day-old chicks which were distributed at 500 per beneficiary.

There were also networking and mentoring sessions to bring onboard prospective farmers interested in the poultry business but do not have the technical knowledge for handling the Day Old Chicks from brooding to point of lay, thus several people showed interest and the pullets were over-subscribed.

Successes
The flagship of the project was the formation of Village Savings and Loans Association (VSLA), a concept to equip members with savings habit to generate their own capital for business.

Again the implementation of the GPP has made to the WIPVaC–Apex visible and served as a membership drive for it.

The training component has helped to improve skills of beneficiaries to produce more efficiently, thus increase income and competitiveness.

They are able to keep proper records for profit calculation. The biosecurity education has helped to reduce risk and improved production.

Beneficiaries have been well equipped with farm management practices which will see an increase in productivity.