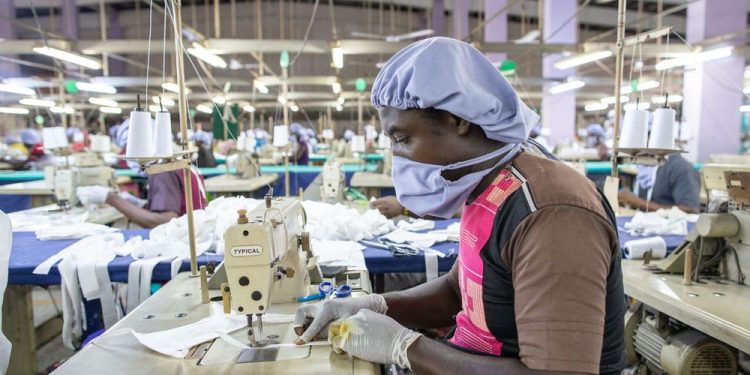 Provisional figures released by the Ghana Statistical Service, GSS, show that for the first time in 37 years the Ghanaian economy contracted by 3.2%.

According to the same data, the country’s second quarter Gross Domestic Product (GDP), that is the value of goods and services produced from April to June, increased to GHS85.7 billion cedis, when compared to the GHS 84.3 billion cedis of value recorded for the same period in 2019.

Speaking to the media at a press briefing, Government Statistician, Prof. Samuel Kobina Annim attributed the fall to some restrictions on activities in the economy, which came to a standstill during the partial lockdown period.

He also said that the growth rate of the second quarter Gross Domestic Product when looked at on a quarter-on-quarter was negative 0.8%.

He further noted that, the Agriculture sector which makes up 19 percent of all goods produced in the second quarter, saw a growth rate of 2.5 percent.

According to the Ghana Statistical Service, the economy grew by 4.9% in the first quarter of 2020.

The services sector recorded the highest growth rate of 9.5% followed by the agriculture sector, which grew by 2.8% and the industry sector by 1.5%.