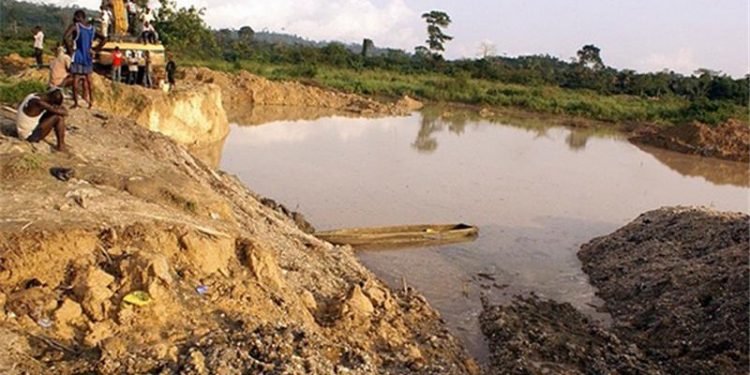 The General Agricultural Workers Union (GAWU) has cautioned that Ghana risks losing its agricultural lands in the near future due to increasing galamsey activities.

According to GAWU, food production may drop massively if the issue of galamsey is not addressed immediately.

The development has also caused some farmers to abandon their farm activities and relocate to nearby communities to prevent them from falling into the open gullies.

Speaking to Citi Business News, the General Secretary of GAWU, Edward Kareweh advised farmers to resist any attempt to sell their lands to illegal miners.

“Cocoa is for life because once you have a cocoa farm, it takes a number of years and you will continue to be on those lands, the immediate return may not be as much as galamsey but you can be guaranteed of good income always.” he said.

He added, “…that is why a number of farmers need to understand that no one has a future with galamsey because anyone who operates with galamsey either directly or indirectly is affected by the chemicals that are used for the act.

He further cautioned farmers to be firm on protecting their farmlands from illegal miners.

“It is of harm to galamsey operators they need to understand that for the long time effect and for the future of their children, they don’t need to sell their farmlands.”

GAWU’s comments also come on the back of Citi FM’s campaign against galamsey which was launched on Monday, April 3, 2017.

The Adabraka based radio station has as part of the campaign, outlined five key demands from the government.