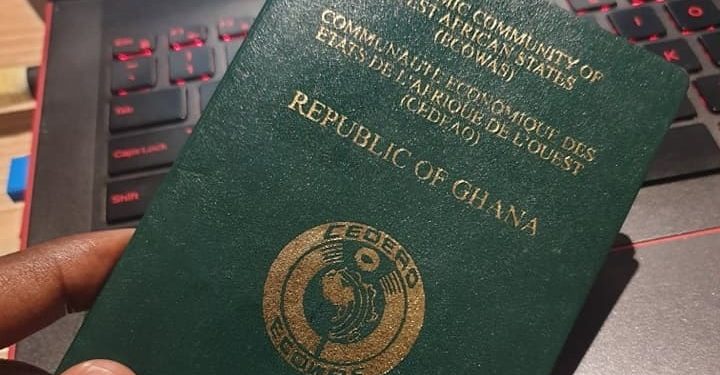 According to Mr. Mendis, unlike other European countries, African countries remain at a lower ranking as they still haven’t signed enough treaties with their neighbours to allow for free entry without a visa by its citizens.

“I think a big reason why African countries don’t score higher is that most African countries still require visas for other Africans to travel there unlike a situation like the European Union where every citizen of an EU member state can travel without restriction and can in fact, live without restrictions in other EU member states. African Union is still very much in a developmental stage where some nations have allowed visa on arrival for other AU nations,” he said.

Per the latest rankings and analysis, having a Ghanaian passport gives one access to 65 visa-free destinations including Jamaica, Singapore, Guyana, Tanzania, and 162 visa-required destinations.

The position puts Ghana ahead of other African countries like Nigeria which placed 95th while Japan holds the first position with its passport offering visa-free or visa-on-arrival access to 193 destinations around the world.

In an interview with Citi Business News, Sean Mendis said negotiating treaties with more African countries and making them visa-free and vice-versa will be a good start to move the country higher the rankings.

“The main way that we’ll be able to do that is by negotiating treaties for reciprocal access. If Ghana and India, for instance, were to sign an agreement whereby Indian citizens could have free access to Ghana and Ghanaians could have free access to India, that should be the kind of treaty Ghana should be pushing for. Ghana has some in place but obviously, some of these treaties will go a long way to help Ghana’s ranking,” he explained.

The index was compiled by Henley and Partners which has been regularly monitoring the world’s most travel-friendly passports since 2006.