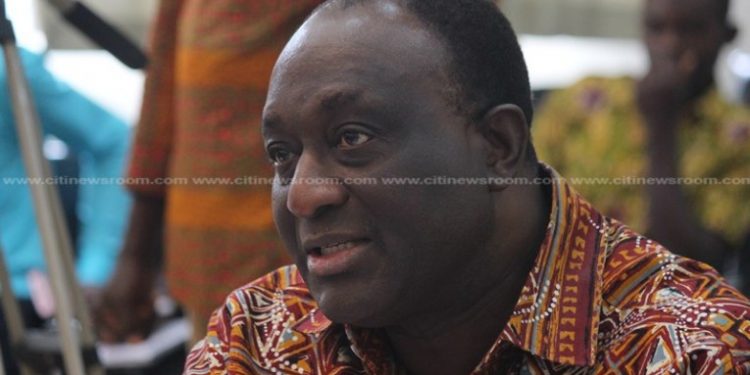 The Minister for Trade and Industry, Alan Kyerematen, says the Ministry in collaboration with some selected financial institutions has provided 1.7 billion cedis as financial support to 172 companies under the One District One Factory initiative since 2017.

The private-public initiative is a government policy that seeks to facilitate the construction of a factory each in every district of the country as part of government’s industrialization agenda.

Speaking to Citi Business News after addressing a parliamentary session about the policy so far with Members of Parliament, Mr. Kyerematen said about 1.7 billion cedis has been disbursed so far to the companies under the initiative.

The One District One Factory Initiative is a key component of the Industrial Transformation Agenda of the Nana Akufo-Addo government.

The expectation is that each district will have at least one medium to large scale factory, although some districts could have more depending on their natural resource base.

In December 2019, President Akufo-Addo claimed that 58 factories were operational under the flagship initiative; One District, One Factory (1D1F).

According to him, he has information on a list of the names and locations of these factories currently operational under the programme.

“The 1D1F policy is so important for the future of this country. I have a list of the 58 factories that are operating, their names and locations,”

“I am confident by the time the accounting for our factories is due next year [2020], Ghanaians will see for themselves what the NPP has done with the policy, they will know it wasn’t a political gimmick. The famous factory under the 1D1F policy is what we have in Ekumfi. There are other factories in the pipeline. There are another 26 factories being constructed,” he explained.

Nana Akufo-Addo said this during an encounter with the Media at the Banquet Hall on December 13, 2019.

Recently, Trade and Industry Minister, Alan Kyerematen said the government’s 1DIF programme, has so far witnessed about 200 projects that are at various stages of implementation.

According to the Minister, the projects cover a spread of 112 districts of the 275 districts across the country.

He explained that the list includes 58 companies and projects already in operation with 26 projects currently under construction.