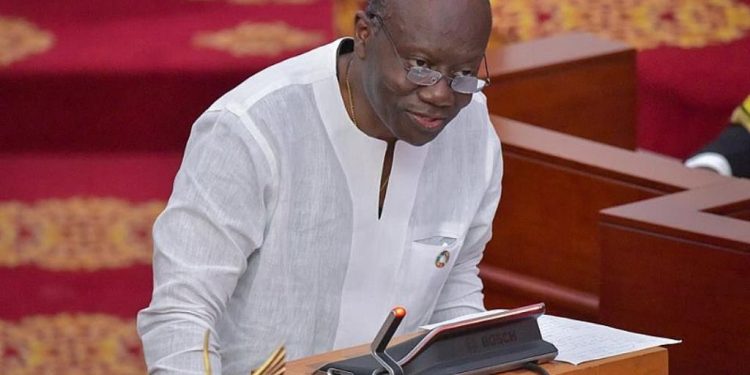 In a bid to pursue a comprehensive transformation of the Ghanaian economy due to the devastating impact of the COVID-19 pandemic, the Finance Minister in presenting the 2020 Mid-year budget review, announced the setting up of the Ghana Coronavirus Alleviation Revitalization of Enterprises Support Program over a three and a half year period.

Speaking on a yet-be-aired interview on Citi TV’s Point of View, Mr. Ofori-Atta said,“I think we are looking more at PPPs and FDIs directly into that. We certainly will then determine each of these transactions, whether government will have to do something with tax waivers or others” he said.

The Finance Minister says government is seeking to introduce a policy that will ensure that funds are first sourced locally for domestic projects before external sources are considered.

“Government now in cabinet has agreed on a policy of local sourcing as a first act before people look outside. But if you look at agenda 111, previously 88, what the president has said and cabinet is agreeing is that all the construction will be done by local contractors” he assured.

Among other things, the Minister announced new measures such as reduction in the Communication Service tax from 9 to 6 percent and the extension of free water supply to Ghanaians for the next three months and free electricity supply to lifeline consumers for the rest of the year.

There is also the establishment of a GH¢2 billion Guarantee Facility to support all sectors of business and job retention, establishment of an Unemployment Insurance Scheme, the creation of a GH¢100 Million Fund for Labour and Faith-based organizations for retraining and skills development, and an increase the CapBuss Programme by GH¢150 million to, among other things facilitate credit of GH¢50 million to support the Creative Arts, the Media and the Conference of Independent Universities.

The Minister of Finance, Ken Ofori-Atta, on Thursday, July 23, tabled a request from government to Parliament for a supplementary budge of 11. 8 billion Ghana cedis to support government’s expenditure for the rest of the year.

The request is to assist government implement various initiatives to strengthen various sectors of the economy due to the revenue shortfalls and budget deficit created by the impact of the Coronavirus pandemic.

The Minister also announced a review in GDP projection from 6.8 percent to 0.9 percent.

According to the Finance Minister, the double shock of the pandemic and a global economic recession, have resulted in a revenue shortfall of GH¢13.6 billion and unanticipated but necessary expenditures of approximately GH¢11.7 billion.